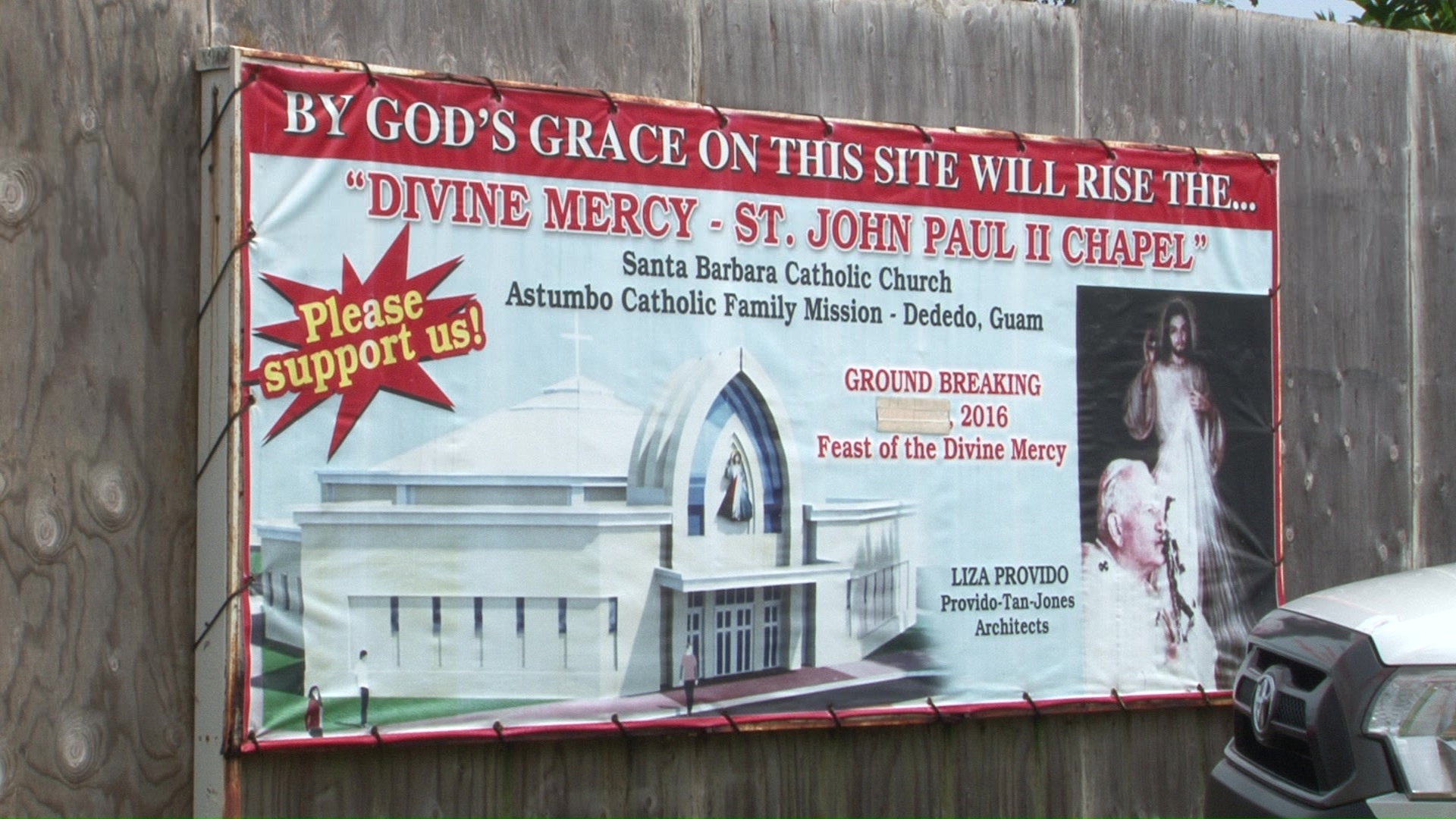 The church will be named the Divine Mercy Chapel Pope John Paul II.

Guam – Amid all the controversy surrounding the Catholic church with financial issues and a sex abuse scandal is some positive news for a change: a new church is now being built up in Dededo, spearheaded by a local organization made up of parishioners.

The Astumbo Catholic Family Mission of Santa Barbara officially poured the roof of the new church which will be located in the Astumbo area.

President of ACFM Carmen Artero Kasperbauer says the organization has been working on this church for 40 years with various fundraisers.

Kasperbauer and many other Dededo residents attend the Santa Barbara Parish but as the only catholic church in the largest village on the island, it’s become too small to host all those who want to attend the church.

“We have many pockets of housing developments around here. It’s not only for the people here but for anybody on the island who wish to come and worship. So we named it Divine Mercy Chapel Pope John Paul II because he’s the only pope that ever set foot on the island,” explained Kasperbauer. “It’s not very big because we don’t have much money and we don’t have any big financier so … we will hold about 110, 120 people.”

The group is still trying to raise funds to keep the church construction going but also in an effort to be able to expand the church in the future.

“I’m praying that we will have eventually enough money to keep expanding. We also hope to build a shrine in the back and maybe a station of the cross and we want to build a classrooms for instruction to children and the office for people who want to get married,” added Kasperbauer.

Also, if you would like to donate to the organization, you can write a check to ACFM and drop it off to Santa Barbara Catholic Church in Dededo or you can call Kasperbauer at 632-0431.