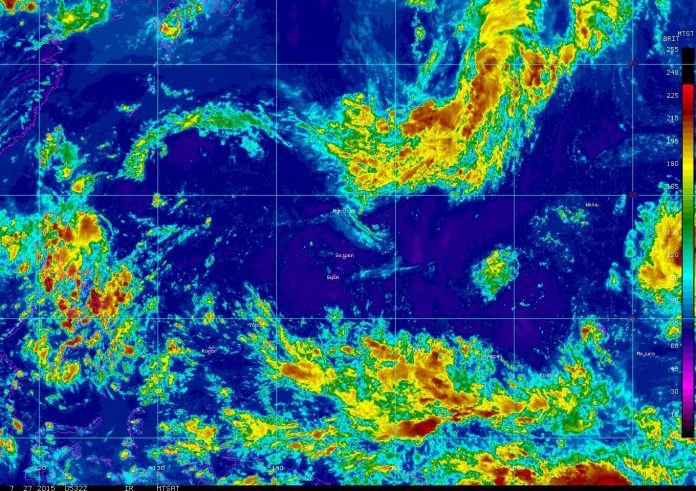 NWS is keeping an eye on this newly appeared circulation.

Guam – The National Weather Service is looking at a weak circulation over the Marshall Islands.

In its Area Forecast Discussion, NWS says, “The bigger story revolves around a weak circulation currently over the Marshall Islands. Models are in agreement that this circulation will slowly develop over the next week to 10 days.”

However, the models still holds difference in their projections. GFS predicts this circulation to become some developed tropical system and to pass north of Saipan sometime in the early August. ECMWF–another model–shows the same circulation to pass well north of CNMI.

Forecast of the circulation is expected to have higher confidence over the next few days as it becomes more organized.

.TUESDAY THROUGH WEDNESDAY NIGHT…PARTLY CLOUDY WITH ISOLATED SHOWERS. WEST TO SOUTHWEST WINDS AROUND 10 MPH. HIGHS AROUND 89. LOWS NEAR 77.