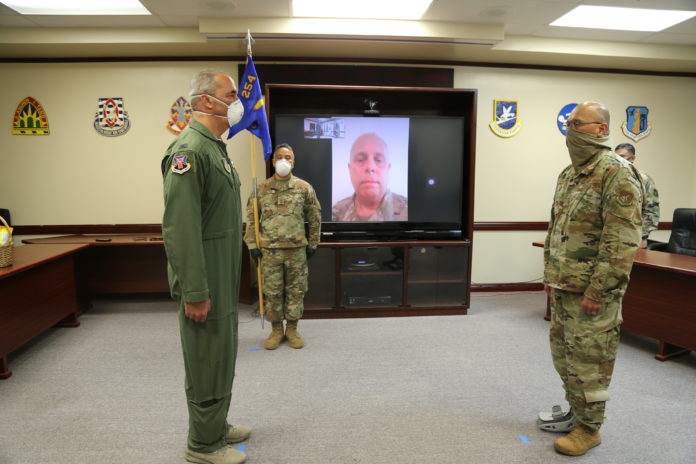 In a ceremony that ensured all guidelines were followed with regards to COVID-19 policies, the Guam Air National Guard (GUANG) held a change of command ceremony on Friday, April 3, at the Guard’s Readiness Center, in Barrigada.

Colonel Christopher “Frenchy” Faurot took command of the GUANG’s 254th Air Base Group during a historical ceremony, officiated by Brig. Gen. Johnny S. Lizama, Assistant Adjutant General – Air, Guam National Guard, at the Guard’s Readiness Center, in Barrigada, while the outgoing commander, Col. D. Graham Botha, participated via facetime as he was adhering to quarantine policies.  Additionally, less than 10 service members were the room, social distancing was practiced, and all participants were wearing personal protective equipment. 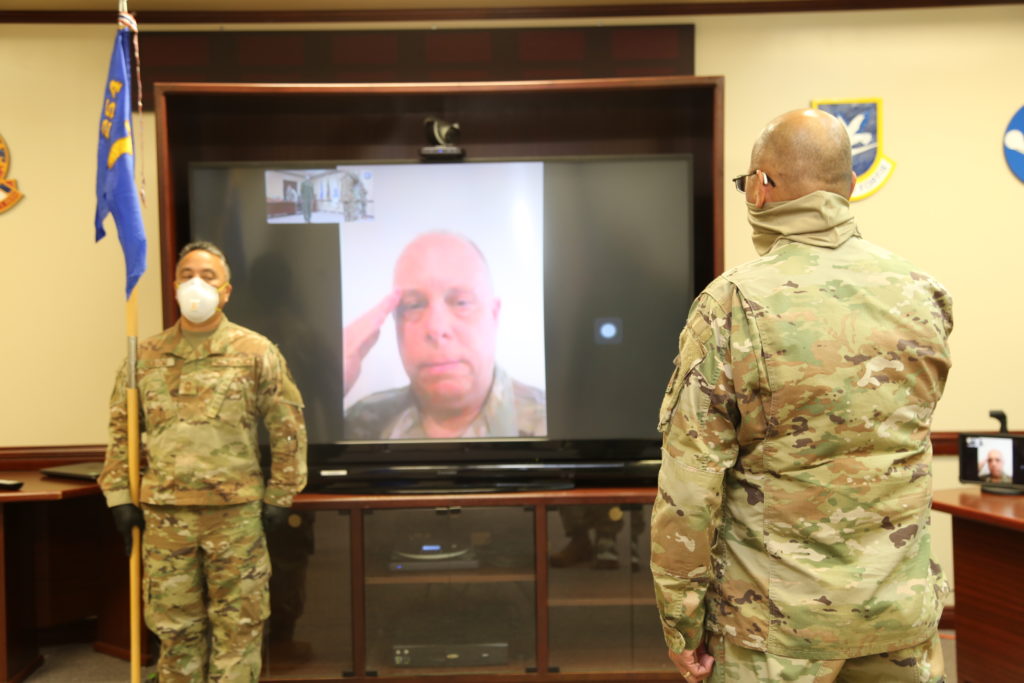 In a traditional change of command ceremony, the guidon would have been passed to the incoming commander in front of all Airmen of the Guam Air National Guard.  However, the ceremony still held true to military tradition, and all customs and courtesies were followed and given to the leaders present.   After Col. Botha relinquished command, Col. Faurot saluted and said, “Sir, I assume command,”.   All authority and responsibility for the 254th Air Base Group transfer immediately to him.

Additionally, the trust and allegiance of all Airmen transfer to their newly appointed commander.

Col. Faurot thanked Maj. Gen. (GU) Esther J.C. Aguigui, The Adjutant General of the Guam National Guard, for the opportunity.  “I look forward to taking this organization and moving it forward and getting it through this current COVID crisis.  Command at any level is an honor,” he said. 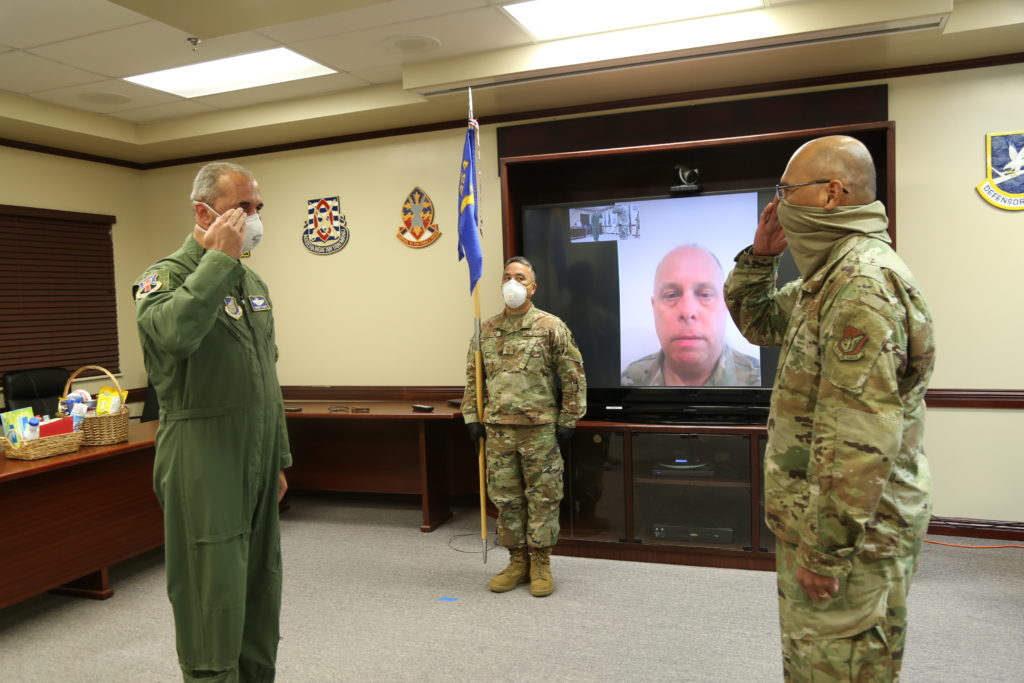