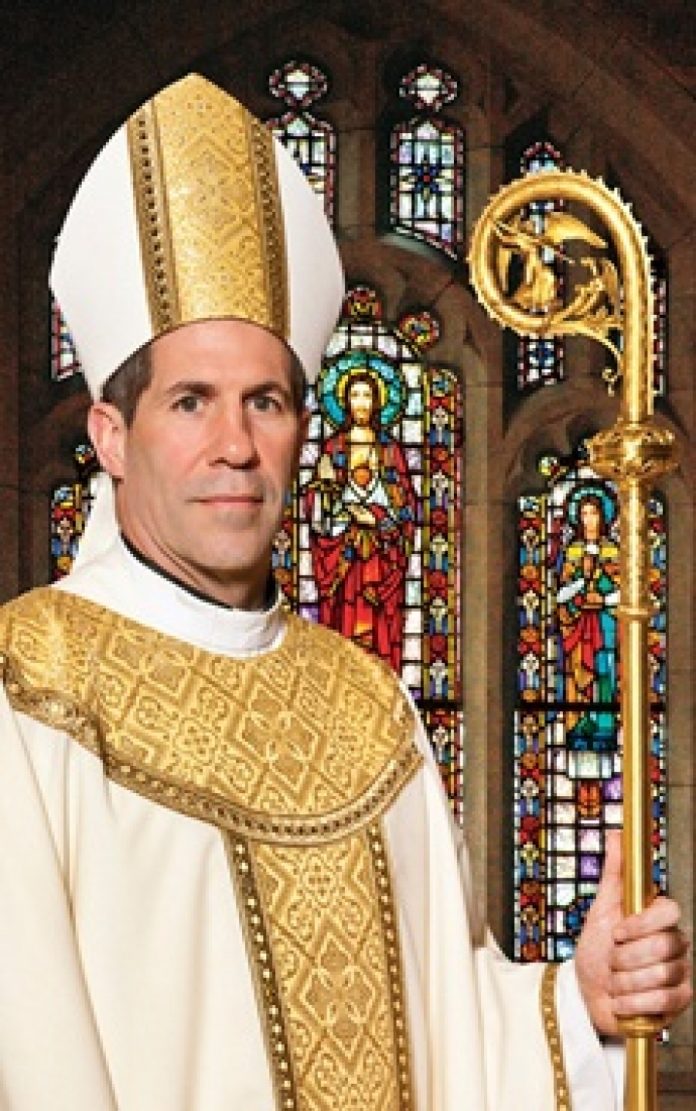 Archbishop Byrnes will say his first mass on November 30 at 6 pm.

Guam – Coadjutor Archbishop Michael Jude Byrnes is set to arrive next Monday and he’s already got a busy schedule ahead of him.

In a release, the Archdiocese of Agana announced that upon his arrival, Byrnes will “join the catholic clergy of Guam in a day of recollection that morning.”

Next Wednesday, the incoming archbishop will appear at the Cathedral Basilica at 10:30 am for a prayer marking the beginning of his ministry on Guam. Later that evening, Archbishop Byrnes will say his first mass to honor Santa Marian Kamalen at 6 pm.

Archbishop Byrnes comes to Guam as Archbishop Anthony Apuron faces a canonical trial in Rome on allegations of sexual abuse.

Although next Monday will be his first time arriving on island, the coadjutor archbishop has already made significant changes within the archdiocese. Earlier this month he fired the board of directors of the Redemptoris Mater Seminary, abolished its board of guarantors and rescinded a controversial deed of restriction on the property, effectively returning the Yona seminary back to archdiocese control.

You can the release from the archdiocese below:

All are invited to a Prayer for the Beginning of the Episcopal Ministry of Coadjutor Archbishop 10:30 a.m. and start of Santa Marian Kamalen Novena of Masses 6 p.m. Wed. Nov. 30. The Archdiocese of Agana is opening a new chapter in its history and invites everyone to two islandwide celebrations Wednesday, Nov. 30, 2016 related to Archbishop Michael J. Byrnes, our new Coadjutor Archbishop.

Everyone is invited to a Prayer for the Beginning of the Episcopal Ministry of Coadjutor Archbishop Byrnes to take place 10:30 a.m. Wed. at the Dulce Nombre de Maria Cathedral-Basilica.

Then, all are invited to the start of the Novena of Masses honoring Santa Marian Kamalen 6 o’clock that same evening, also at the Cathedral-Basilica. Archbishop Byrnes will celebrate his first islandwide Mass here with Archbishop Savio Hon Tai, SDB, visiting bishops and Guam priests.

The celebrations will culminate with the islandwide commemoration of the Solemnity of the Immaculate Conception on Dec. 8, which includes the celebration of Santa Marian Kamalen and the close of the Golden Jubilee of the Archdiocese. Archbishop Byrnes is scheduled to arrive Monday, Nov. 28. One of his first events will be to join the Catholic clergy of Guam in a day of recollection that morning.

Pope Francis appointed the former Auxiliary Archbishop of Detroit as Coadjutor Archbishop of Agana on Oct. 31. Archbishop Hon, the Secretary for the Congregation of the Evangelization of Peoples, had been appointed by the Holy Father to be the Apostolic Administrator of Agana last June 6. He will return to Rome on Dec. 1.

ALL ARE INVITED TO:

A Prayer for the Beginning of the Episcopal Ministry of Coadjutor Archbishop, 10:30 a.m.