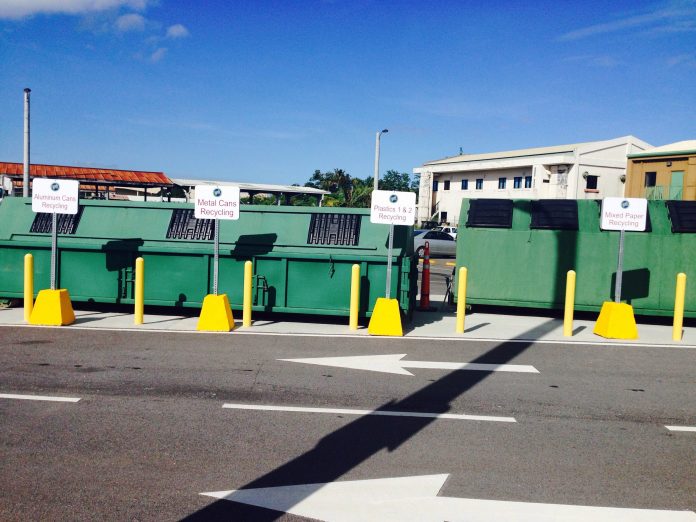 After 15 years of planning and despite many obstacles, Guam Solid Waste Authority’s New Hazardous Waste Facility and the new Harmon Transfer Station are now open.

Are you looking to get rid of oil, paint, old batteries, and other hazardous materials around your house?
Now there’s a place for residents to properly dispose of or recycle household products with the opening of the new Household Hazardous Waste Facility and the Harmon Transfer Station.
The new state-of-the-art facility is only accepting material generated from households. Residents can drop off hazardous waste for free with a limit of 15 gallons or 100 lbs per visit per day.
GBB President Harvey Gershman  says, “We’re doing island-wide curb side recycling, we’re doing bulky waste collection, now we’re going to do this new transfer station.”
U.S. Attorney Mikel Schwab, speaking on behalf of U.S. Department of Justice Robert Mullaney, says the facility and the transfer station were part of the vision they had 15 years ago when the Ordot Dump was a crisis.

The Harmon Transfer Station replaces the one that was closed at the Ordot Dump four years ago.
Mr. Cruz, one of the first customers this morning, says he’s glad to see a central station open again. He says, “I feel great. People don’t have to go anywhere and dump things somewhere. Take it here and it’s a good place to put it.”
The new facility is located at the Harmon Industrial Park directly behind the Department of Public Works. It is open Thursdays through Mondays from 9 in the morning to 5 in the afternoon, except for holidays.