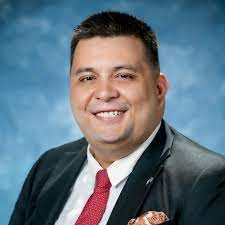 Freshman Senator Will Parkinson introduces his first bill that aims to end marijuana drug testing as a condition to employment.

Senator Will Parkinson introduced his first piece of legislation named the “Responsible Cannabis User Employment Protection Act” as announced through a press release.

“I introduce Bill 6-37 to end testing for cannabis as a barrier to employment. Jobs don’t test for other legal substances like tobacco or alcohol and I don’t think it’s fair we hold responsible cannabis users to a different standard. We must always strive for equal protection under the law and bill 6-37 achieves that while letting people live their lives and make a living,” says Senator Parkinson.

In addition to the press release, the Senator sent a fact sheet in support of the bill where he says that there are many studies that have shown marijuana use does not significantly affect job performance, and therefore testing for it may not be an effective way to determine an applicant’s qualifications.

Parkinson said even when recreational marijuana use is legal in Guam, it is still stigmatized, and one of the things he wants to do during his term is to eliminate barriers to employment.

In an interview with Newstalk K57’s Patti Arroyo, Parkinson talks more on why he decided to introduce the bill.

“Medical Marihuana is also legal on Guam and so testing for marihuana also discriminates against individuals who use the drug for medical purposes and they are protected under the law. Employers don’t make that distinction and while I’d like to take the easy way out and just make it for medical people only, no I’m gonna take a stand and I’m gonna say no. Employers don’t have the right to tell us what were doing in our free time,” says Senator Parkinson.

“We do not test people for tobacco or alcohol, and all i’m asking for is equal protection under the law,” he continues.

Senator Parkinson added “…This Bill is just the beginning of eliminating a multitude of roadblocks to employment that many of our island’s people face.”