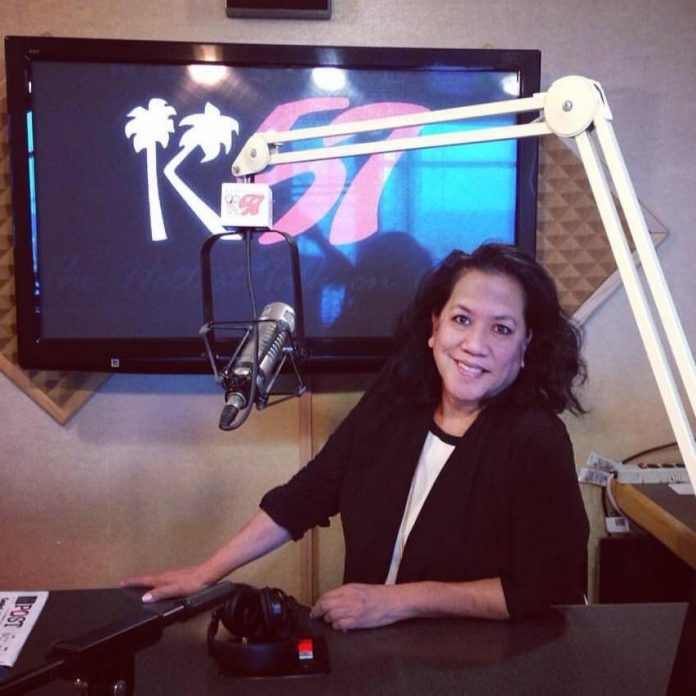 A new pairing and an old favorite coming to K57 Monday.

Guam – Local talk radio will now be bigger and better than ever before.  The Sorensen Media Group is proud to announce a brand-new lineup to Newstalk K57: Guam’s premier AM station since 1981.  Starting Monday February 22, loyal listeners and new fans alike can look forward to the most entertaining and informative discussions each and every weekday.

Mornings with Patti Arroyo will air from 6-10 a.m.  Listen to news as it breaks, and get ready for the day with Patti.  Phill Leon Guerrero will provide headlines and commentary throughout the show.  With this pairing, there’s no better way to wake up.

1 Free Re-Phill will keep the conversation going from 10 a.m. to 1 p.m.  Get through the midday slump and laugh through your lunch hour with pointed perspectives and pop culture goodness.

And the Big Show with Travis Coffman is back to shake up the afternoons from 2-6 p.m.  Known for his no holds barred and unapologetic opinions, you’ll never be bored with this returning favorite.

“This change takes the station to a higher level—and radio is always best when we freshen things up periodically,” COO Jay Shedd said.  “K57’s newlineup is sure to please our listeners who’ve started their day with us since 1981, and will attract a new, younger audience to keep things current.”