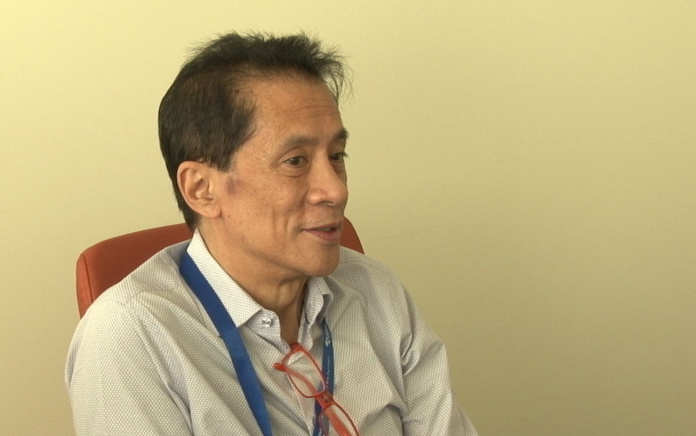 Guam – The newly installed board chairman of The Medical City Jose “Eckie” Gonzales assures that the Guam Regional Medical City is unaffected by whatever turmoil may be brewing within the parent company.

According to several media reports, in September, a separate faction of the Philippine hospital’s board attempted to unseat Alfredo Bengzon, the 83-year-old longtime CEO of TMC. Bengzon’s nephew, Gonzales, succeeded and was installed as the new board chairman while Dr. Eugenio Ramos was named new CEO.

However, Bengzon claimed the vote was invalid because his nephew’s shares and the shares of a Singaporean investor were obtained under fraudulent circumstances. At the time the Gonzales group voted Bengzon out, there was also a pending case with the Philippines’ Securities and Exchange Commission calling for an investigation into the shares of Gonzales and the Singaporean investor and to resolve the ownership dispute.

The turbulence has caused some concern for the Guam Regional Medical City’s future. A private hospital with its own share of controversy over the last three years, GRMC recently closed its maternal-child and pediatric departments and localized its executive leadership—moves officials say have nothing to do with TMC’s ongoing dispute.

In fact, GRMC is now expanding its specialty care services and recently successfully completed nine open heart surgeries with plans to have a permanent cardiothoracic surgeon on its payroll by early next year.

We sat down with Gonzales for an exclusive interview who assured us that GRMC’s future remains on solid ground.

“I guess the analogy I would make is this: it’s like great grandchildren trying to find out about a squabble between great grandparents, how it should affect them, when in reality, GRMC is its own person with its own management funded by its own resources with its governance and its own board being able to run independently of what’s going three steps removed upwards,” says Gonzales.

Quarreling and assurances aside, Gonzales acknowledges that the GRMC investment had caused some earlier disputes within the parent company.

“Certainly, no question, the financial resources of the parent have been stretched by our investment here but we’re at the tail end of that phase and the only way to go is up,” he says.

And even as the parent company squabbling continues in the Philippines, Gonzales points out that GRMC’s operations are governed independently and backed by U.S. regulations. And with a completely local leadership running its operations, Gonzales says it’s an exciting time for GRMC.

“As a matter of fact, we closed some recent funding availments despite any of these issues, so it’s been good,” he notes.

“With the help of the incoming governor and lt. governor, our team here with the help of our board, we’re very optimistic that we’re gonna move things forward and the important word that we’re gonna use is the collaboration that we’ve always talked about. I think it is gonna be a reality now,” adds GRMC Board of Directors member and former Sen. Francis Santos.

“For me … as you know, it’s really about making sure that the people get the care that they need,” says new GRMC CEO Dr. Michael Cruz who recently replaced Margaret Bengzon.

Bengzon was instrumental in the successful opening of GRMC, the only private hospital on Guam and one of two civilian hospitals on the island.