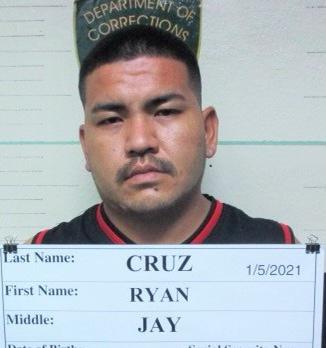 The Guam Police Department has arrested a 27-year-old man for possession of a schedule 2 controlled substance allegedly using a new modus operandi.

Police say that on Monday, January 4, their officers were patrolling in the Malojloj area and pulled over Ryan Jay Cruz.

Cruz told police that he has been smoking “ice” for about a year now.

According to him, the last time he purchased the substance, the seller told him the ice would be inside an empty soda can by a gym. He then later retrieved the bag of meth and left cash inside the can for the seller.

He then smoked the meth.

Cruz has been charged with possession of a schedule 2 controlled substance as a third-degree felony.