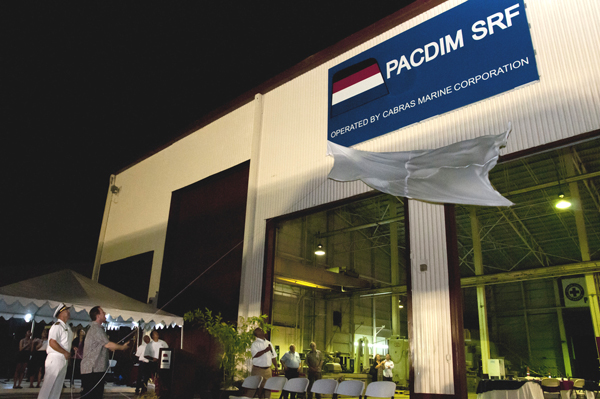 Santa Rita, Guam – (April 9) – In order to maintain mission readiness of the Navy and fleet assets, a ceremony was held to launch the Pacific Dry-Dock and Integrated Maintenance (PACDIM) Ship Repair Facility on U.S. Naval Base Guam (NBG) April 8.

“The goal of the Navy is to always be ready,” said Joint Region Marianas Chief of Staff Capt. Mark Scovill. “Our instruction from our chief of naval operations is to operate forward and you can’t operate forward for very long if your ships aren’t ready. Having a forward ship repair capability here in Guam allows the ships that are closest to the scene of action to be in a high state of readiness.”

Scovill described Guam as a symbol of the Department of Defense’s commitment to maintain a forward presence in the Pacific as he spoke in front of more than 200 Cabras Marine Corporation employees, Government of Guam representatives, military officials and other guests.

“This is truly important as our island is strategically located to expand this service in support of the U.S. and its mission to provide a safe and secure world that we all live in,” Cruz said. 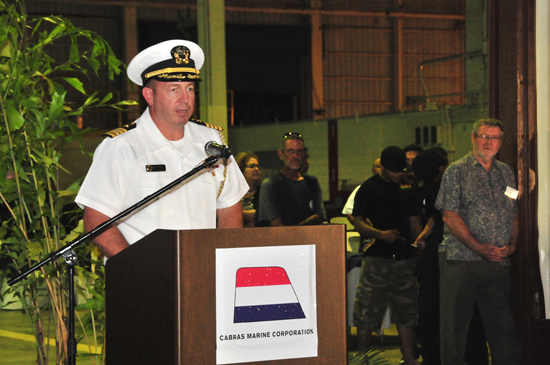 “If these men and women do their job and get their education and hone their skills and place that talent into the work that protects our nation in the vessels that are here at the ship repair facility, then we will know that we will never have to be confronted by terrorism or any kind of oppression,” he said. 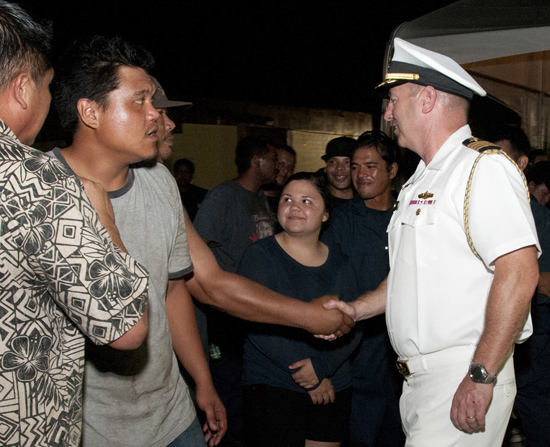