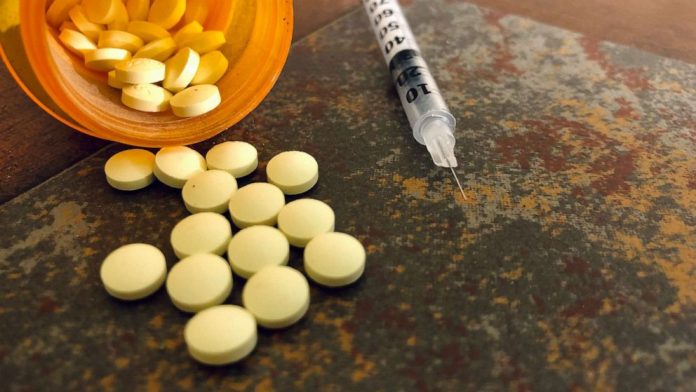 The war on drugs continues, and members from the US Department of Homeland Security speak about the dangers of a drug that could possibly be making its way to the island.

A variety of topics ranging from memberships and board elections, amongst others were talked about during the Guam Chamber of Commerce meeting today

However, the center of the discussion was Fentanyl. Fentanyl is a synthetic opioid that is 100 times stronger than morphine. It is used in cancer treatment and pain management. It is also addictive and is commonly mistaken as heroin–which contributes to overdose deaths.

Special Agent Erwin Fejeran of the US Department of Homeland Security was the guest speaker. Fejeran stressed the danger of abusing Fentanyl by saying,

“People do overdose, whether it’s legal or illegal Fentanyl.”

Fejeran says that some individuals press Fentanyl powder into pills appearing as oxycodone or other prescription drugs and sell them to make money.

Fejeran added that all individuals should be careful of taking pills or purchasing medication.

He further clarified by saying, “In actuality, it’s Fentanyl. And that’s the reason why a lot of people are overdosing on Fentanyl because they don’t know what they’re getting. And if you ask me that’s probably the biggest problem or the biggest fear that we should have.”

A take-back program hosted by the District Attorney will be happening this Saturday, October 29. Fejeran stresses that any Fentanyl that individuals might have that is not being used should be turned. Saying that, if the drug is easily accessible, children or any family members can easily overdose.