Guam – University of Guam Biology Professor Chris Lobban and his colleagues at the University of Texas Austin recently published a paper on the diatom genus Climaconeis from Guam, in which they name two new species, one of them after Pete Peterson formerly of the Micronesian Divers Association and currently a freelance videographer.

The new species was found at the commercial dive site called “Pete’s Reef”, and was named in honor of Peterson for his pioneering work in protecting reefs by establishing buoys so that dive boats can tie up and not have to anchor on the reefs. 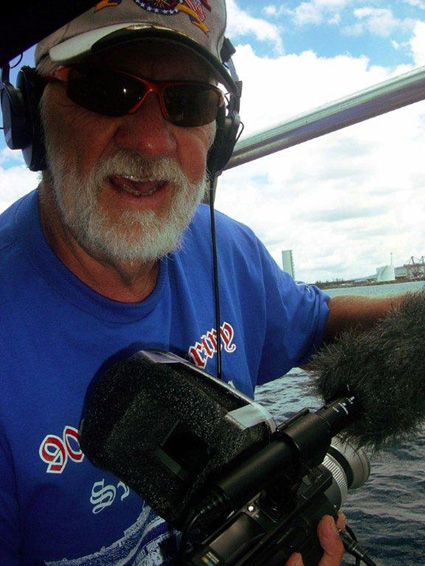 Diatoms are single-celled organisms and one of the most common types of algae. Although most diatoms are unicellular, they can exist as colonies and are producers within the food chain. Diatom communities are a popular tool for monitoring environmental conditions, past and present, and are commonly used in studies of fresh and saltwater quality. The average person may have noticed diatoms collecting in their fish tank as brown slime.

The paper is the first in a series of articles on new species and new records resulting from The Western Pacific Diatoms Project, a collaboration between Lobban, Ed Theirot at the University of Texas, and Ric Jordan at Yamagata University.  The project includes development of an online atlas of the diatoms in our region on the Texas Natural Science Center’s web site ProtistCentral.