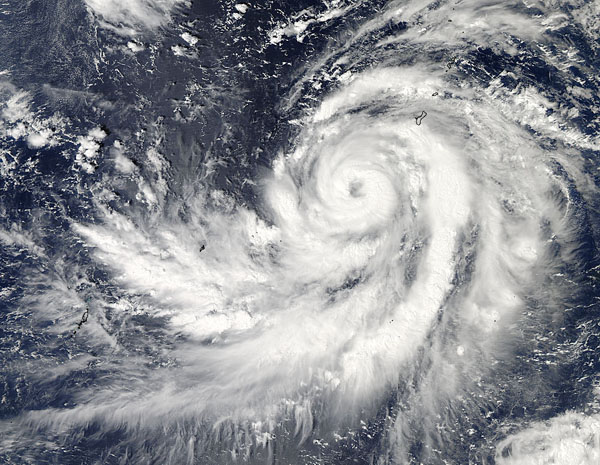 As of mid-day Friday, most had left and the school-shelters were shutting down.

But Deputy Guam DOE Superintendent Robert Malay tells PNC News that, as of  7am Friday morning, nine schools had been opened and were serving as shelters for those seeking refuge from Typhoon Francisco. Four of the school-shelters filled to capacity, 3 of them beyond their planned capacity.

Malay said that Machananao, Astumbo, Maria Ulloa all reached the over capacity level. FBLG was also full. The total number of people in shelters as of 7am was 1,223.

By mid-day Friday, most who sought shelter had left. Carbullido, Upi, and Talofofo Elementary Schools were closed because no residents remained inside.

5 shelters were still open as of mid-day Friday.

The first shelters were opened at 6pm Thursday evening. Initially, just 6 schools were opened as shelters, but two of them, Machananao Elementary and FBLG quickly filled to capacity so authorities opened Upi Elementary school Thursday night to serve as a shelter as well.

Friday morning an additional school was opened as a shelter, Carbullido Elementary.

The Machananao Elementary and FBLG have reached capacity and no longer will accept people seeking shelter.

As a result, Upi Elementary School is now open and available to those seeking shelter.

The following schools are open for shelter:

Shelters to Open; 6 Schools to Close; Other Changes May Happen at 9 p.m. Tonight

Typhoon Francisco hasn’t moved much from its location this morning, so it’s difficult to know whether it will move toward us, close to us, or away from us as it shifts course. But it is intensifying as it sits.

All of this means it’s just too early to send the island into Condition of Readiness 2. We don’t know whether this typhoon will affect Guam with typhoon- or tropical storm-type winds and rains just yet.

Guam continues to be in Condition of Readiness 3, but precautionary measures are being taken.  Governor Calvo does not want to take chances, especially with homeless Guamanians and residents living in substandard homes. This is why he is opening the following schools as shelter sites:

These schools will not be open for classes tomorrow. DOE will open these facilities as shelters at 6 p.m. tonight. Residents with transportation can drive to the schools starting at that time. Those without transportation should contact their mayor’s office or Civil Defense at 475-9600 for help.

All other public schools will be open tomorrow until further notice. If the other schools are to close tomorrow, that decision will be made no later than 9 p.m. tonight.

Because of the uncertainty and the close distance of the typhoon to the island, it is possible for the Governor to move the island into COR2 by the next weather briefing. That may occur around 9 p.m. Please stay tuned to the radio and trusted news sources for news on any changes.

Based off the latest information from the National Weather Service, Guam may experience damaging winds tomorrow.  The strength of “damaging winds” is 35 to 50 miles per hour.

NWS Weather Coordination Meteorologist Chip Guard predicts the outer edge of the typhoon may skirt the west coast of the island, bringing “damaging winds” from 4 a.m. to 9 p.m. tomorrow.  This extended period is when the Weather Service expects the most severe weather to affect the island.

The expected winds may cause minor damage to poorly-constructed homes and structures, a few downed trees and considerable debris.  Additionally, NWS reports that Guam has not endured damaging winds for this predicted period of time in at least 9 years.

As of this latest forecast, Guam is not expected to receive destructive or typhoon-force winds, which are above 58 mph, at this time.

As of 1 p.m., Typhoon Francisco is about 200 miles southwest of Guam.  Sustained winds at the center of the storm (not here on Guam) are around 85 mph, with gusts up to 105 mph.  The system has been mostly stationary for the last 8 hours, meaning it hasn’t moved much from its location 5 hours ago.

WE STRESS: Please stay tuned to the radio for the latest and most reliable information coming from the Joint Information Center. The reason it’s important to listen to a trusted radio station is because this is the best medium to get your news if the power goes off. It’s important that residents have battery-operated radios and lots of batteries in case the power goes off.

Please call the Joint Information Center at 475-9600 if you have any questions.