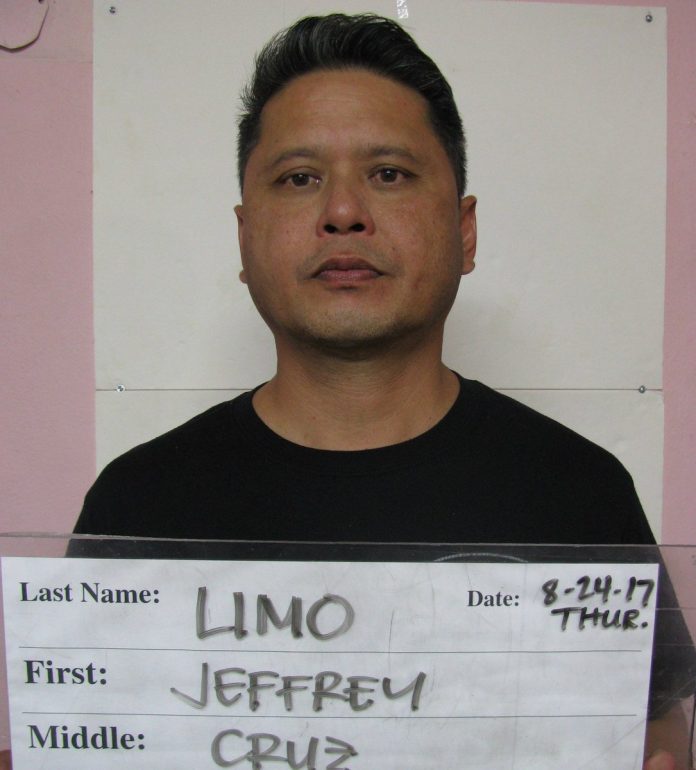 It was smooth sailing for former Department of Corrections head of internal affairs Jeff Limo during his sentencing hearing today.

Limo was sentenced to one-year incarceration, all suspended with credit for time served.

Limo completed the conditions of his probation and had no violations under pre-trial release. Because of this, Sukola placed Limo on unsupervised release.

As part of his deal, Limo pleaded guilty to official misconduct and was advised that he may still be called to testify against Liana Cabrera who the court indicated is “still on the lam.”

The remaining charges against Limo — of conspiracy to smuggle contraband, receiving bribes and four counts of official misconduct — were dismissed by the Attorney General’s Office.

The court also indicated that inmate Shawn Paul Johnson case was handled by the federal court which sentenced him to 71 months incarceration for possession of a scheduled two controlled substance with intent to distribute.

Limo will return to court on June 17 at which time his case may be closed.

Meanwhile, the proceedings in the DOC contraband case didn’t go without a hitch as the lead prosecutor in the case not only arrived late but was also apparently unprepared.

The judge’s frustrations were a result of the Attorney General’s Office not filing the needed sentencing memorandum to proceed with arguing the sentencing range for Crisostomo who is facing 0 to 5 years incarceration.

While Crisostomo’s attorney John Terlaje was ready to move forward despite not knowing what the AG would be requesting, Judge Sukola warned against it and instead continued Crisostomo’s sentencing to Jan. 2.