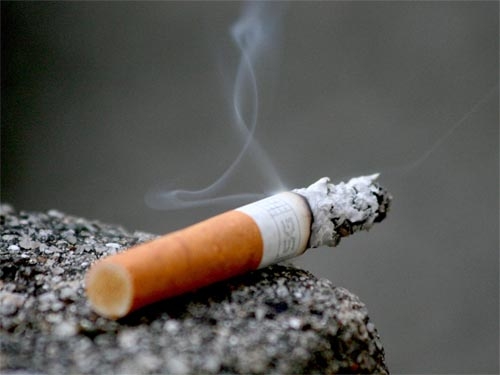 New provisions to Guam’s smoke-free air law was adopted unanimously by the Legislature and will take effect January 1, 2017, meaning there will be no more smoking in bars among other regulations.

Guam – Even without a signature from the Governor, the amended changes  to the Natasha Protection Act has lapsed into law, which means smoking will be even more regulated.

Senator Dennis Rodriguez says, “It looked at what improvements needed to be made to the law, it’s been 10 years since the law was passed, the Natasha Protection Act, and what we have is increased enforcement of the law.”

This means, come next year, there will be no more smoking in bars.

Rodriguez explains, “We have included the bars as part of the places where smoking will be prohibited, however, this inclusion of the bars is not enforceable until January 2017 and we did that purposely to ensure that proper training is conducted for those who need to enforce this.”

Rodriguez, who introduced Bill 143-33, says one of the problems is enforcement of the law. With the changes to the law, there will be a need for a designated no-smoking enforcement officer for the purpose of ensuring compliance in and around facilities. They could be either be Citizen Assisted Police Enforcement or CAPE volunteers, GovGuam security officers or private security personnel. But they will have to go through proper training first.

“We removed a provision in the existing law that allowed any citizen to be able to enforce this and take the matter into their own hands. That’s why the bill removed that provision that anyone can enforce the law, it has to be a law enforcement or individuals who receive proper training to carry out the law,” he says.
In regards to training, according to the amendments, the Department of Public Health and Social Services and the Peace Project shall develop the criteria for a basic training program for security personnel.
The law also prohibits smoking in a vehicle if a child who is 17 years old or younger is present in the vehicle, whether the vehicle is moving or stationary.
Rodriguez says, “If a police officer notices there are kids in the car and smoking is happening, that police can pull over that vehicle for first offense. It’s not about over regulating, it’s about protecting our people.”
Currently, 24 states plus the District of Colombia, Puerto Rico, and the U.S. Virgin Islands require 100 percent smoke-free workplaces, restaurants and bars.