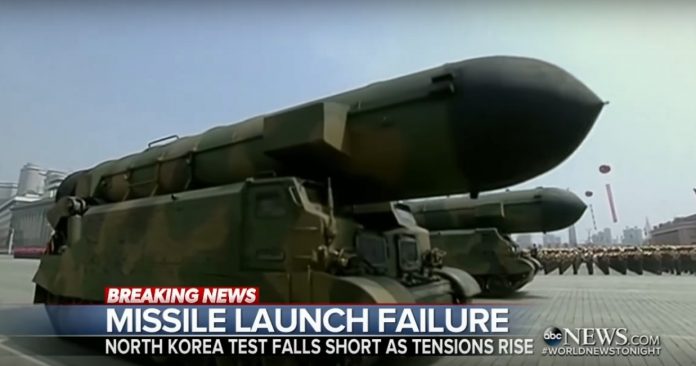 Residents are advised to create a communication plan and an emergency preparedness kit.

Guam – Residents and families are being asked to create an emergency plan, in light of recent threats made by the North Korean regime. After weeks of threats, the North Korea government reportedly launched a missile over the weekend.

The missile launch failed, however, according to multiple reports but it did happen a day after the country’s celebration of their leader Kim Jong Un’s birthday. During their highly anticipated annual military parade, the regime also revealed never before seen missiles. Specifically, according to CNN reports, North Korea unveiled two new intercontinental ballistic missiles that have the capacity to reach targets in the US mainland.

This is not the first time the isolated country has made threats of nuclear war. In 2013 and in years following, North Korea has named Guam as a target, prompting color-coded alerts to be implemented in the territory.

We reached out to Guam Homeland Security adviser George Charfauros, who assured that his office, along with the Mariana Regional Fusion Center, is monitoring the situation closely.

“Although there is still no specific threat assessed for Guam and the Marianas at this time, we remind residents to prepare for all hazards whether it’s man-made or natural. Examples of this include creating a family communication plan, creating an evacuation plan and building an emergency preparedness kit for your household,” said Charfauros.

Senator Telena Nelson, oversight chair of Homeland Security, also said in a statement that her office is in constant communication with GHS and the Mariana Regional Fusion Center and is closely monitoring the situation.