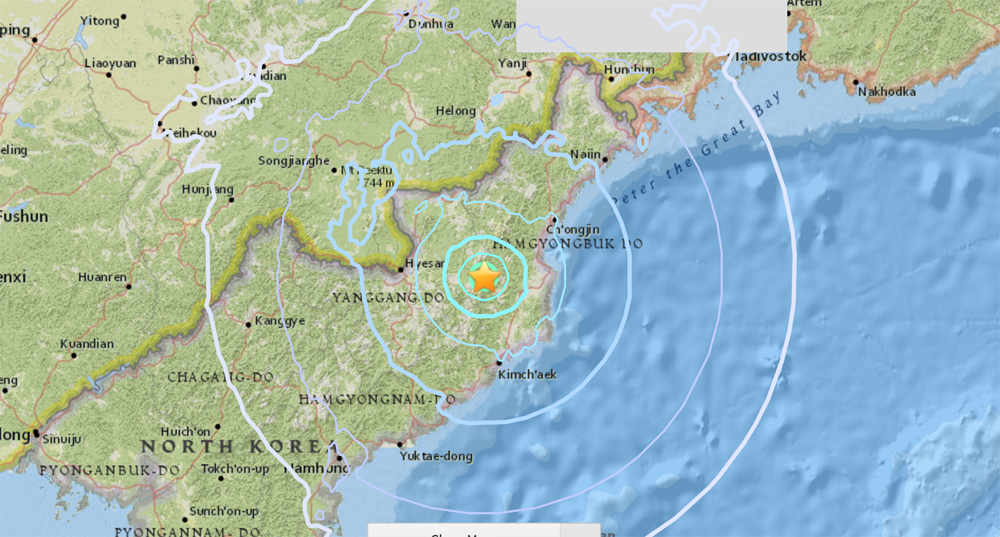 The USGS reported that it detected an earthquake around the same time North Korea says it successfully tested an H-bomb.

Guam – The North Korean regime has once again launched a missile, but this time the country claims to have successfully tested the nuclear H-bomb or hydrogen bomb on Sunday.

The nuclear test appears to have triggered a 6.3 magnitude earthquake in North Korea as reported by the USGS.

In a statement, the hermit kingdom claims their Nuclear Weapons Institute succeeded in “making a more developed nuke.”

The DPRK’s leader Kim Jong Un reportedly “watched an H-bomb to be loaded into new ICBM,” or intercontinental ballistic missile which is capable of reaching targets in the U.S. mainland.

North Korea claims it is capable of loading an H-bomb onto a warhead, raising international concerns of the country’s increasing saber rattling.

A hydrogen bomb, according to reports, can be up to 1,000 times more powerful than an atomic bomb, like the one dropped on Hiroshima during World War II.

For North Korea, Sunday’s test is the sixth of its kind and much more powerful than last year’s H-bomb test which triggered a 5.3 magnitude earthquake.