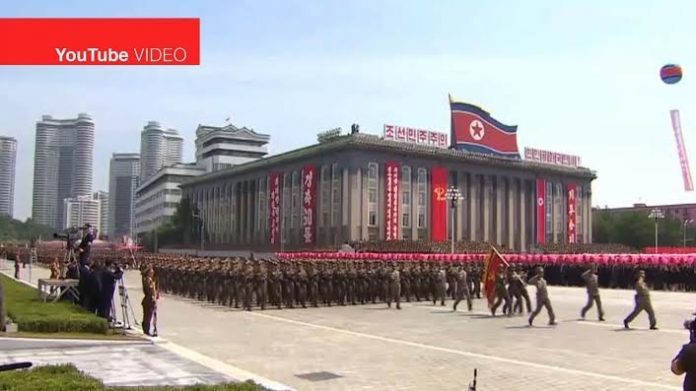 Guam – ABC news is reporting that North Korea will be suspending nuclear tests ahead of much-anticipated talks between North and South Korea next week.

U.S. President Donald Trump and North Korean leader Kim Jong Un are also expected to meet sometime next month. The announced suspension of nuclear tests was made via the DPRK’s state run media the Korean Central News Agency. In addition to nuclear tests they will also be suspending the Poongye-ri nuclear test site where six underground nuclear tests have previously taken place.

Kim Jong Un has been quoted as saying North Korea has “verified the completion of nuclear weapons” and now “the party and our nation will focus all its efforts towards socialist economic development.” President Trump hailed this announcement of the suspension of nuclear tests as “very good news for North Korea and the world.”

Trump’s pick for secretary of state Mike Pompeo met with Kim in early April and although no details of those talks were released Trump has said the meeting went “very smoothly” and that Pompeo and Kim got along “really well”.

Although this is just a suspension of nuclear testing and not necessarily a freeze of its nuclear program both President Trump and South Korean President Moon Jae-In have expressed hopes that the DPRK will give up their nukes for economic assistance.