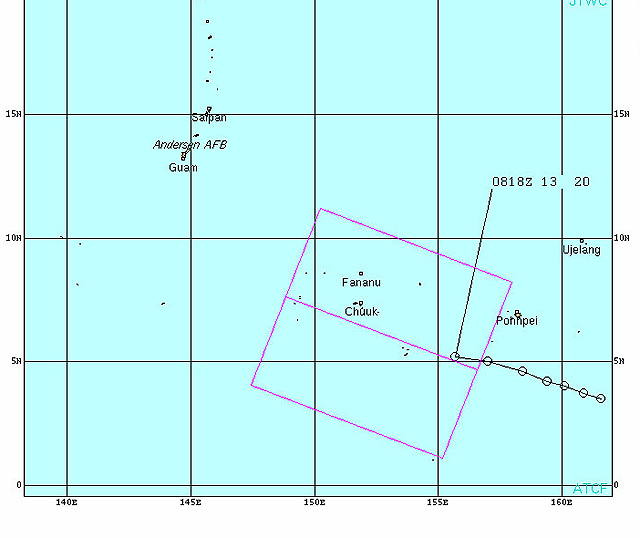 Guam – The National Weather Service [NWS] office in Tiyan has advised that the Joint Typhoon Warning Center [JTWC]  in Honolulu this morning [Saturday] issued  a tropical cyclone formation alert on a tropical disturbance that has developed southeast of Chuuk Lagoon.

There are no watches or warnings in effect for any part of the Marianas at this time.

Science and Operations Officer at the National Weather Service in Tiyan tells PNC News that the system “seems to be moving  further south and faster to the west than yesterday [Friday] and is it is likely to move between Guam and Yap sometime on Tuesday,  but it is still too early to say what its exact track will be.”

The JTWC advises that “the formation of a significant tropical cyclone is possible within the next 24 hours.”

READ the Tropical Cyclone Formation Alert from the JTWC HERE

In a Special Weather Statement issued Saturday afternoon, the NWS reports that as of 10 am Saturday morning  the disturbance was centered near the Lower Mortlock Islands in Chuuk State at  Latitude 5 degrees north and  longitude 154 east.

The disturbance has been moving toward the west-northwest at about 13 miles per hour.