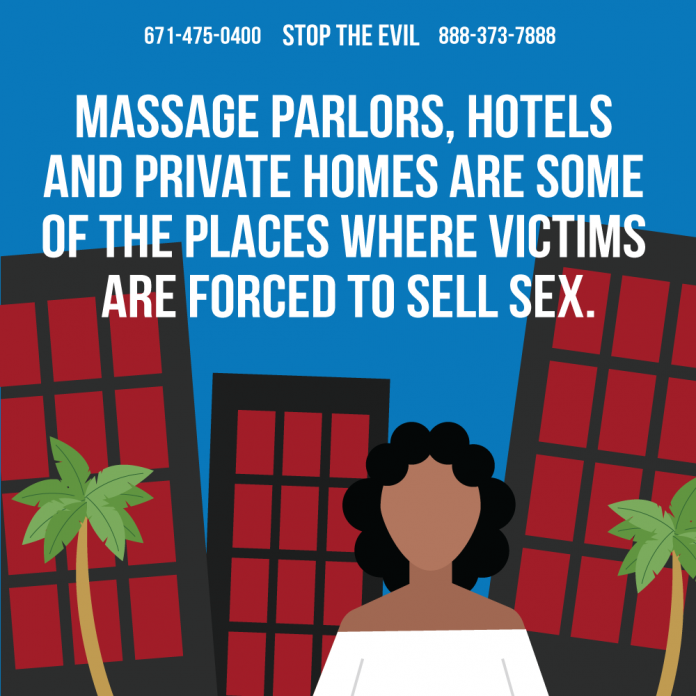 The Human Trafficking Task Force, led by the Office of the Attorney General, has launched an educational campaign about the different types of human trafficking that plague the island.

Focusing on sex trafficking and labor trafficking, the task force developed a series of graphics that will be dispersed to news outlets, agencies, and on social media encouraging the community to “Stop the Evil” and to file a report if they suspect human trafficking. Since human trafficking has regional and international impacts, the Task Force plans to release the materials in multiple languages commonly spoken in the region.

The Task Force has also announced that (with the assistance of the Department of Homeland Security) concerned residents can call (671) 475-0400 to provide anonymous tips related to human trafficking. The hotline is available 24-hours a day, 7-days a week.

In addition to increased awareness and outreach, the Task Force will be working to identify gaps in services provided to victims of human trafficking, establishing a coordinated approach among stakeholders, and providing training to service-providers, regulatory officers and law enforcement personnel.

• Awareness Fair at the Micronesia Mall on Saturday, January 18, 2020,10am-2 pm. The proclamation signing is scheduled for 11:30 am followed immediately by the Legislative Resolution.

• Fanohge Famalao’an Women’s March from Paseo Loop to Women of Islands Statue at Alupang Park on Saturday, January 18, 2020, at 3:30 pm. 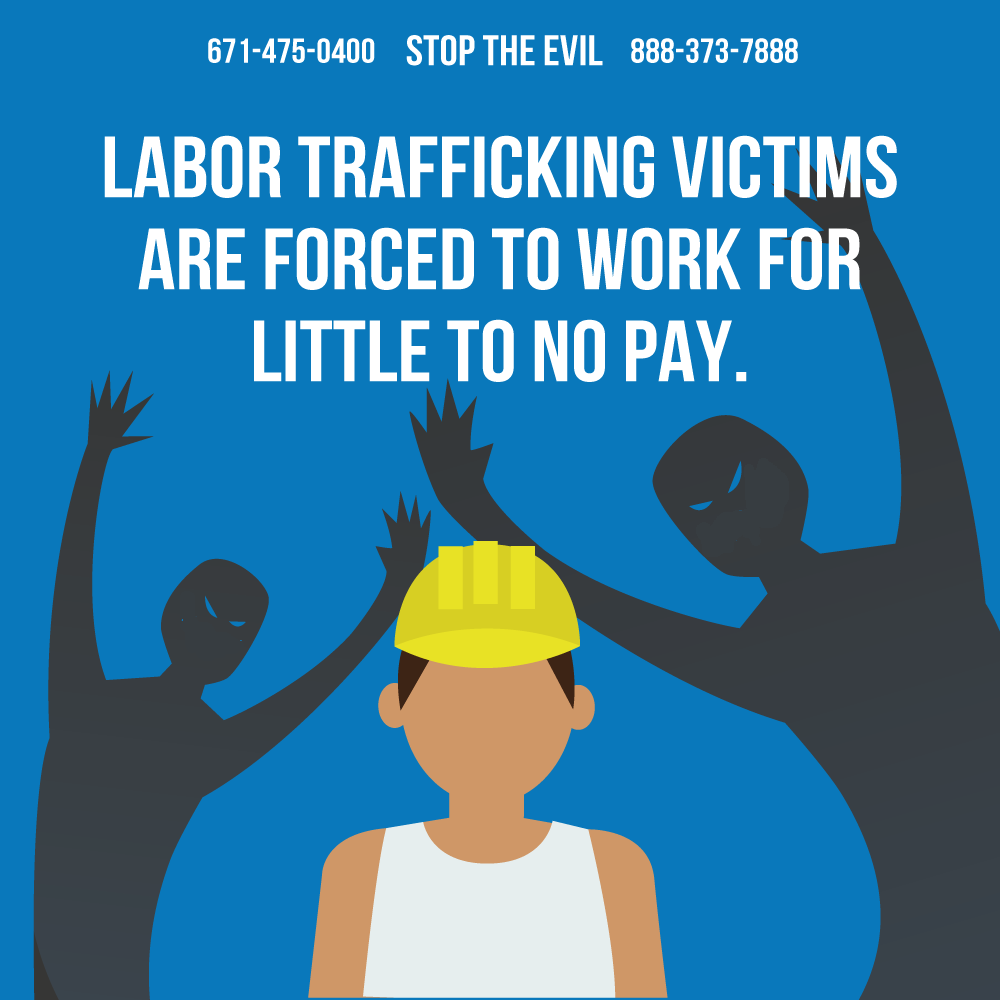