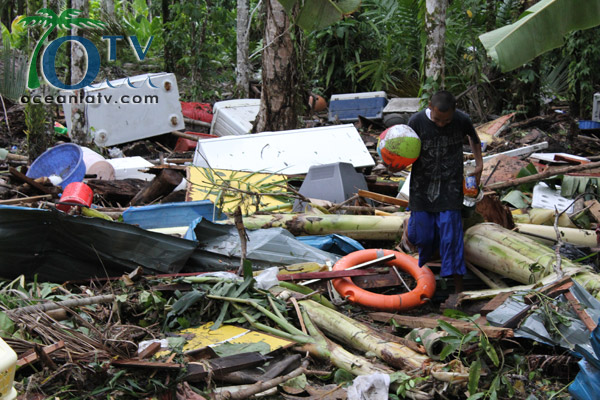 Guam -Palau’s Oceania TV is reporting that the village of Ngkeklau on the eastern coast of Palau’s largest island, Babeldoab, was practically wiped out by the tidal surge of Typhoon Bopha.

According to the report, many of the villagers have lost their homes and the entire village is without power, water, and communications.

READ the report on the OCEANIA TV website HERE

OCEANIA TV reports that high watermarks inside still standing structures indicates that the tidal surge may have been as high as 10 feet.