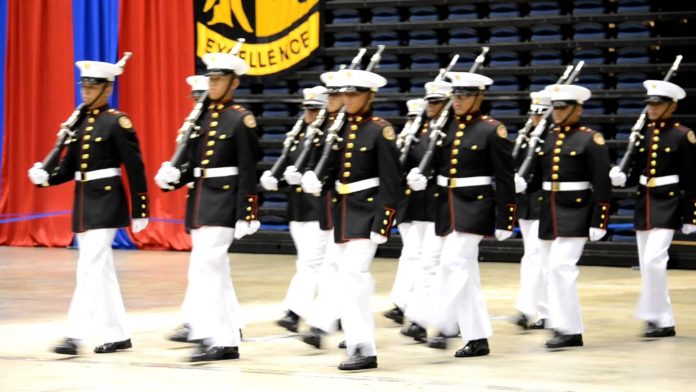 Guam – Are you a Marine veteran? Then you may be just what the Department of Education is looking for.

Last year, Okkodo’s Marine Corps JROTC program was slated for disestablishment for not having enough instructors. In fact, since its formation in 2009, it had been making do with just one: Chief Warrant Officer Ernest Turner.

DOE Superintendent Jon Fernandez got on Newstalk K57 Mornings with Patti yesterday to shed light on the situation — especially for the worried parents of Okkodo students.

Fernandez says that when junior military programs in other high schools have job openings, there is a large pool of candidates to choose from. No such abundance exists for the island’s sole Marine Corps JROTC program.

Given this long-running personnel shortage, the US Marine Corps handed DOE a notice earlier this year warning them that if they could not find a second instructor for Okkodo by the end of the schoolyear, the Dededo chapter would come to an end.

The superintendent, together with Congresswoman Bordallo, intervened and managed to secure a reprieve for the high school that would give them another year. However, the situation is far from ideal as Turner, a retired Marine, left his DOE post late last month.

Before the phone interview concluded, Fernandez informed the public that his department will be spending the upcoming probationary year looking for two qualified instructors. But, if none are found, then they will have to consider pivoting the school’s JROTC program to another service branch.