The shell was disarmed at around 10 AM and the all clear was given about 10:20 AM.

Because the projectile had a sensitive fuse, EOD decided to disarm it in place. EODMU Officer in Charge Dhruv Parashar conducted a render safe procedure on the fuse of the 5-inch shell, which uses a specific EOD tool to break it apart so that it’s safe to transport back to base for final disposal.

“We do what we advise the public and not touch it. We take measurements, we look to see if there’s any writing on it that’ll help us to see if we can possibly identify it, then we do some research into what it can possibly be. Fortunately with the area we are used to dealing with certain types of ordnance so we’re good at identifying it from the first 10-15 minutes of being there” said Lieutenant Parashar.
He advises the public to call 911 when encountering any type of ordnance.
Homeland Security Public Affairs Office Alyssa Benito said since Guam is so rich in history, it is not unusual for ordnance to be found. The last time a shell was disarmed was this past July and about a hundred yards away from the recent find.

READ the Release from Joint Region below:

Members of Guam Fire Department (GFD), Guam Police Department (GPD) and Guam Homeland Security/Office of Civil Defense (GHS/OCD) partnered with the Navy to inform the public of the RSP operation and restricting public access to the site.

EODMU-5 identified the round as unexploded ordnance (UXO) which needed to be handled properly before it could be safely transferred out of the area for disposal. On site the team disarmed the round’s fuze by mechanically shearing it off. As a precaution, they created a bunker of soil and clay-filled bags that covered the round.

“I think (the RSP) speaks to the professionalism of our EOD teams that we can do this safely,” said EODMU-5 Officer in Charge Lt. Dhruv Parashar. “We have experienced members who get the explosives training, have gone to school for it and have done multiple tours of deployments. We use a lot of specialized tools for the UXO. It’s not as simple as hitting it because that’s the most dangerous thing you can do, and we do everything remotely.”

GHS/OCD Public Affairs Officer Alyssa Benito said the RSP was just one of many examples of the strong partnership between local and federal agencies.

“GFD and GPD are here to respond and standby should anything happen,” she said. “EOD is a major component in this response because they’re the ones who actually determine the necessity of the actual ordnance and they see what needs to be done to ensure that it’s safe for transport.”

Parashar estimated that EODMU-5 Det. Marianas responds to about two calls for UXO per week, totaling nearly 100 in a year. He encouraged the public that if they should find a UXO, to contact emergency responders and vacate the area to ensure their safety.

“The best thing the public can do when they see ordnance, or even if they think it’s ordnance, is to call 911,” Parashar said. 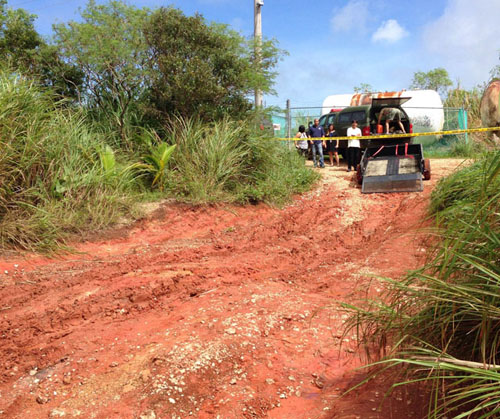 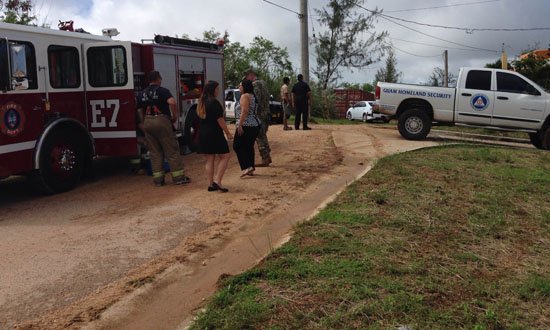 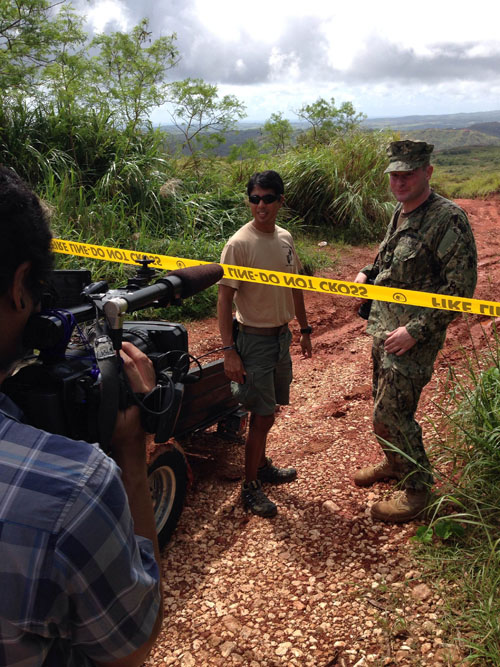