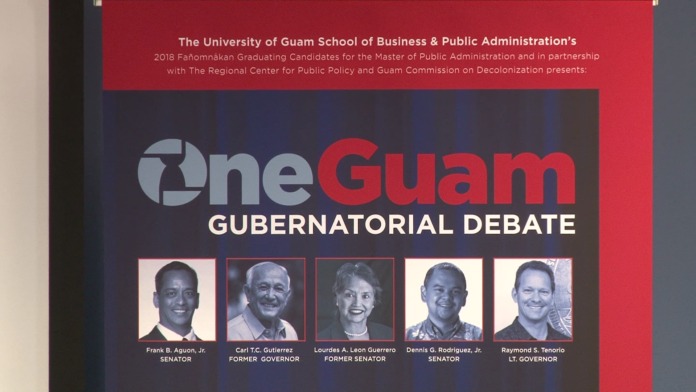 Guam – The first of the gubernatorial debates this election season has been announced and it will be hosted by the University of Guam’s School of Business & Public Administration.

The 2018 Spring Graduating Candidates for the Master of Public Administration held a press conference this morning to announce the launch of One Guam, a gubernatorial debate focused on Guam’s quest for self-determination.

The debate is a partnership between The Regional Center for Public Policy and the Guam Commission on Decolonization. The aim of the debate is to help voters make informed decisions and to hear candidates state their position on one of Guam’s most debated topics. Candidates drew numbers to determine the order in which they would be introduced and where they would be placed at the podiums.

“This debate will bring together the five 2018 gubernatorial candidates on one stage for the largest debate on decolonization to date. We will provide the candidates a platform to share their ideas on the decolonization of Guam and give voters a rare opportunity to compare the candidates positions side by side,” said Amanda Shelton, graduating cohort co-chair.

The debate will take place May 8 at 6 p.m., at the University of Guam Calvo Field House.