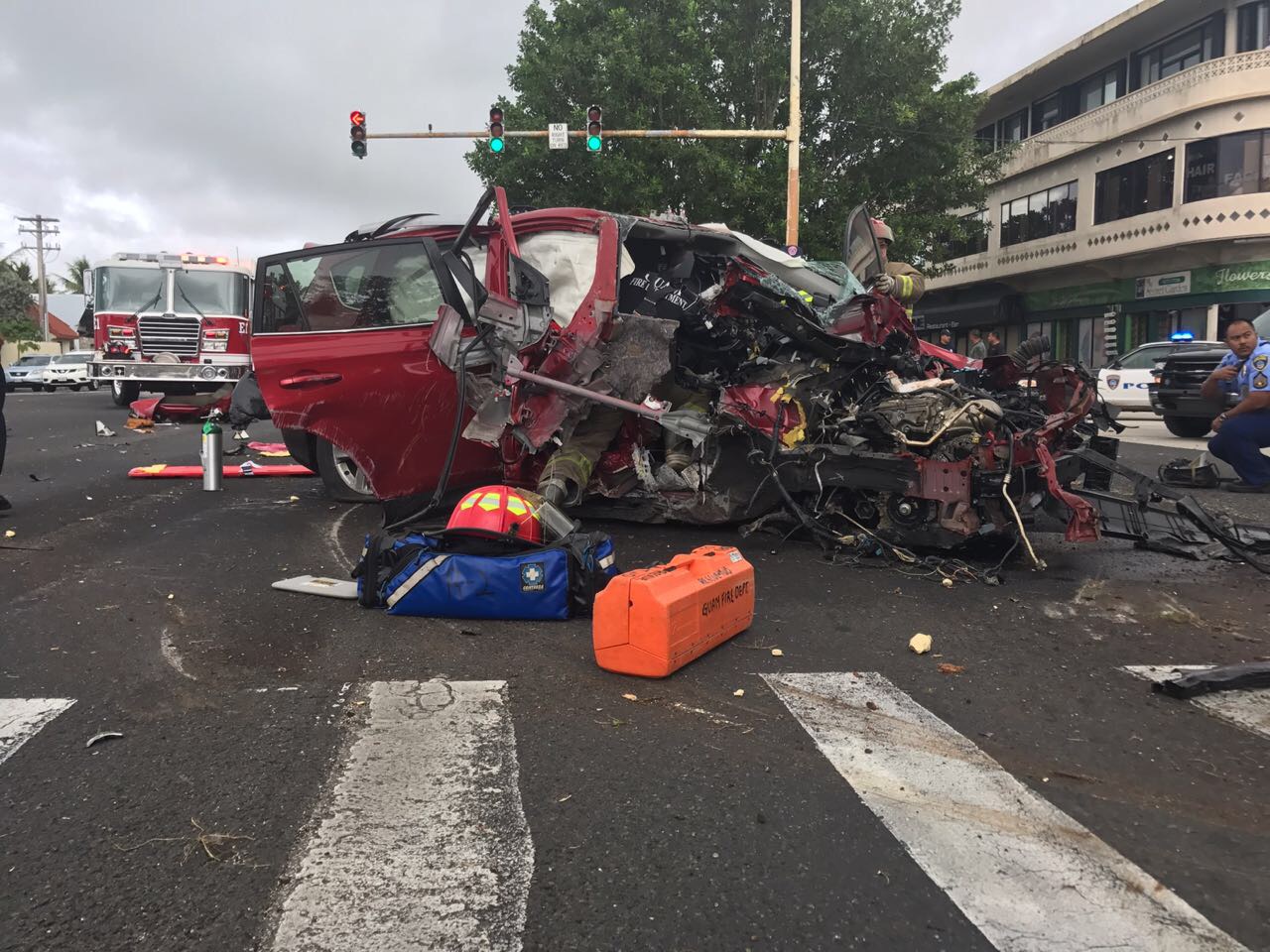 One victim was taken to the Guam Memorial Hospital.

The accident happened around 12:30 pm along Route 1 in Hagatna near the Hagatna Boat Basin.

Viewer submitted photos show a mangled vehicle with what appears to be a female still in the driver’s seat and a man in the backseat supporting her head.

GFD Spokeswoman Cherika Chargualaf says the victim was transported to the Guam Memorial Hospital. The woman’s condition was not known as of news time.

The Guam Police Department, which was observed on scene at the time of the accident, did not provide any further details as well as of news time.