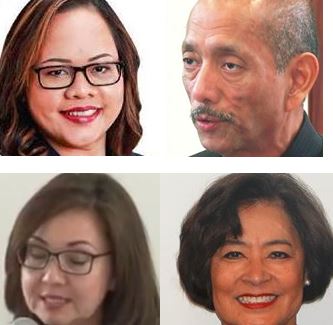 Candidates say government fintech is lagging and legal requirements for financial reporting are behind the times.

Guam – Will it be Crisostomo, Cruz, or Hechanova? Movers and shakers gathered at the Rotary Club of Guam’s Public Auditor’s Forum at Outrigger Guam Resort on Thursday to consider the qualifications and financial acuity of three contenders for the elected position at the helm of the Office of Public Accountability.

Now that the Office of Public Accountability has been vacated by former Public Auditor Doris Flores Brooks, in her Republican bid for Congress, the nonpartisan auditor’s chair is now up for grabs and the three candidates are running in a special election that will coincide with the August 25 primary.

If elected Auditor, Dr. Crisostomo hopes “to identify and eliminate the common causes of procurement challenges” in the Government of Guam, to “promote a fund balance policy,” and to “receive government audit reports by March instead of June to improve accuracy” and accountability.

“The Legislature typically holds budget hearings from May to July. Even though the June release follows the law, which gives nine months to complete the audit, the law is getting too old. With today’s technology the audit can be released in six months by March,” Crisostomo said.

“This will give policymakers active financial data before they discuss the annual budget, not after.”

Cruz actually couldn’t agree more that the Office of Public Accountability is way behind the technology eight-ball and needs to work in further advance of deadlines.

“Apple, with its trillions of dollars, can turn out this financial report within three or four months,” he said. “I’ve been talking to the Public Auditor about this for years, and it really is a horrible practice that should be stopped.”

As former Public Auditor Brooks’ deputy, Hechanova became Acting Public Auditor when Brooks resigned in June to run for Congress. Hechanova has been at OPA for a dozen years, five as Deputy PA. And while she admits room for improvement at the office, she staunchly defends the good work OPA has done for the community of Guam. She’s the only Certified Public Accountant in the race and is also a Certified Internal Auditor. Hechanova said she was surprised when Brooks decided to move on and encouraged her to run.

“What I saw as a weakness is now one of my greatest strengths, because I’m probably the most naïve about how this political candidate thing works,” she said. “I’m not politically motivated at all, but that really helps me keep objective and impartial. I think that’s what you need in a public auditor.”