The Government of Guam (GovGuam) General Fund ended Fiscal Year (FY) 2020 with a $46.3 million (M) surplus. As a result, the General Fund’s net position improved notably to a $1.5M deficit from a $47.8M deficit in the previous year. The tax withholding for the Pandemic Unemployment Assistance (PUA) and a significant corporate income tax payment substantially contributed to reducing this deficit. The General Fund is the chief operating fund of GovGuam and covers shortfalls in any other funds.

GovGuam is commended for reducing the General Fund’s deficit. However, a cumulative $2.4 billion (B) deficit still exists for the whole government–but improving. GovGuam’s total deficit net position decreased by $9.8M from negative $2.4B in FY 2019. Within the past five years, GovGuam reported an improvement in the overall deficit for the second time. However, the pension and OPEB liabilities of $1.1B and $1.7B, respectively, still present a long-term effect on the government’s deficit.

GovGuam collected $18.4M less GRT revenue from $315M in FY 2019 to $296.5M in FY 2020. Although the GRT rate increased to 5% to ease the effects of the Tax Cuts and Jobs Act 2017, the severe disruption in the economy by the novel coronavirus (COVID-19) pandemic virtually closed the private sector. This affected GRT revenue with a 6% decrease in collection compared to the previous year’s increase of 17%. GovGuam projected $314.9M in GRT revenue but was short by $18.4M.

On the upside, GovGuam reported $324.9M in income tax, $44.2M more than in FY 2019 of $280.8M. This increase is the bulk of GovGuam’s $707.7M General Fund tax revenues. The withholding taxes for the PUA and a significant corporate income tax payment helped GovGuam surpass its FY 2020 projected collection of $277M from income taxes by $48M. Other tax revenues that increased were Section 30 and excise tax by $5.7M, collectively.

The Organic Act set a debt ceiling limitation that GovGuam must not exceed 10% of the aggregate tax value of property in Guam or $1.4B as of October 31, 2019. GovGuam’s total debt outstanding as of FY 2020, subject to this limitation, stood at $1B. This billion-dollar debt consists of the following:

Subsequent to FY 2020, GovGuam took advantage of the low-interest rates to refinance bonds with debt payment savings of $63.4M. Part of this refinancing was to fund John F. Kennedy High School’s energy improvements.

A separate commentary on the Single Audit Reports and Management Letter will accompany this report.

Refer to the Management’s Discussion and Analysis in the audit report at www.opaguam.org for a detailed discussion of GovGuam’s operations. 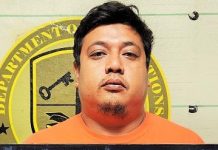 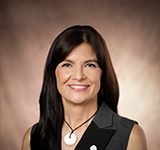 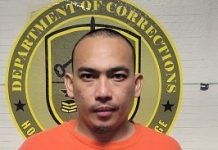