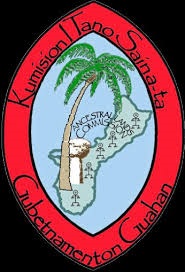 An audit released Sunday by the Office of Public Accountability cites The Guam Ancestral Lands Commission for incomplete recording and untimely reconciliation of balances.

That “material weakness” resulted in “misstatements of general ledger account balances, which were corrected during the audit process.”

Specifically the auditors found that the Commission had:

The auditors recommended the implementation of adequate internal control policies and procedures to facilitate timely reconciliation and review and ensure complete financial reporting.

GALC management concurred that its internal controls are not in place and adopted some measures to address these deficiencies.

A separate letter issued to management cited a repeat recommendation to follow up with a lessee on the remaining $5,000 security deposit and verify the completeness of recording of lease security deposits.

The independent audit was conducted by Deloitte and Touche which issued an unmodified “clean” opinion on GALC’s financial statements.

This was due to the $5M increase (682%) in base lease rental resulting from the settlement agreement with the American Telephone & Telegraph (AT&T).

The $5M increase was, however, offset by the $2.5M proceeds from the sale of land recognized in FY 2018. GALC derived its rental revenues from its six lease agreements with a one to a 50-year term with private and government entities.

This was due mainly to the increase of $752K (712%) in management fees, incurred by GALC for the Guam Development Economic Authority’s (GEDA) services. GEDA’s increased fees pertained to AT&T’s lease payments of $4.9M.

GALC was created through Public Law 25-45 to serve as a conduit for conveying returned federal excess lands to their original landowners.

In October 2011, GALC was merged with the Department of Land Management (DLM) and Chamorro Land Trust Commission (CLTC). However, per Executive Order 2019-01, issued in January 2019, it was re-established as a separate agency from DLM, with its Administrative Director.

For more details, see the Management’s Discussion and Analysis in the audit report. These reports may be downloaded at www.galc.guam.gov or www.opaguam.org