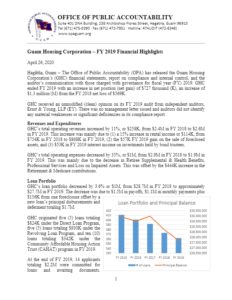 There have been delays in the disbursement of low interest Guam Housing Corporation loans to qualified borrowers because of the shortage of skilled workers on Guam.

An audit released Sunday by the Office of Public Accountability blames the delays on “the limited number of skilled workers on Guam.”

The audit states that at the end of the 2019 fiscal year, 14 applications totaling $2.2M had been approved for loans but disbursement of the loans to the applicants has been delayed because of the worker shortage.

“GHC’s borrowers are experiencing challenges in securing a contractor to build their homes,” states the report.

The Guam Housing Corporation provides low interest mortgage financing for first time homeowners in the low to moderate income range, borrowers who otherwise may not be able to obtain financing.

Although GHC is limited in its lending capital and securing a contractor is difficult, it continued to conduct pre-qualification interviews to determine the need for affordable housing.

Of those interviewed, 106 were found to be prospective applicants seeking a total of $12.1M in loans. Most of these individuals are faced with the challenge of locating a dwelling within their within their affordability amount.

According to the audit GHC granted 20 fewer First Time Homeowner Assistance Program (FTHAP) grants in fiscal year 2019 than the year before.

GHC approved 54 homeowner grants in fiscal year 2018, and only 34 in the last fiscal year. 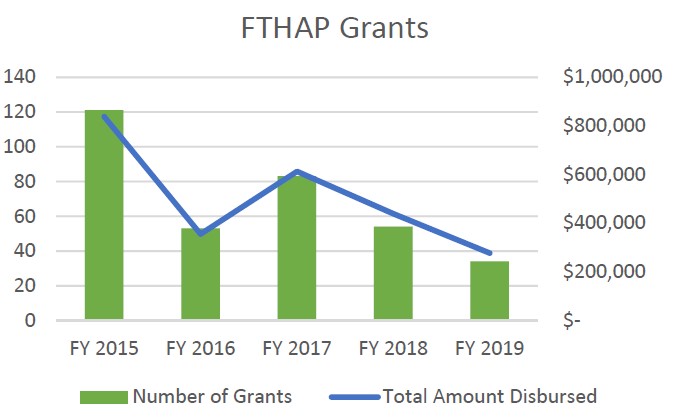 The decrease was due to $1.5M in payoffs, $1.1M in monthly payments plus $156K from one foreclosure offset by a new loan’s principal disbursements and deferment totaling $1.7M. 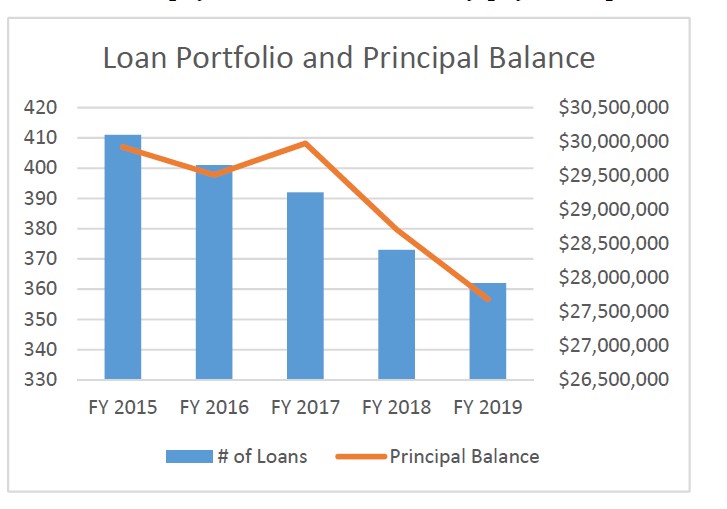 There was no management letter issued and the auditors did not identify any material weaknesses or significant deficiencies in its compliance report.

GHC’s total operating expenses decreased by 35%, or $1M, from $2.9M in FY 2018 to $1.9M in FY 2019. This was mainly due to the decrease in Retiree Supplemental & Health Benefits, Professional Services and Loss on Impaired Assets. This was offset by the $444K increase in the Retirement & Medicare contributions.

GHC received $601K and $473K of *escheated funds from the Department of Administration during FY 2019 and FY 2018, respectively.

*( If a person dies without leaving a beneficiary to their property, it becomes escheated, or claimed by the state. Escheated accounts are known as dormant, abandoned, or unclaimed.)

As with the previous fiscal years, the funds were not enough for all the applications GHC received resulting in an on-going waiting list. GHC is still awaiting funds.

GHC continues its marketing efforts to disseminate information relative to all its authorized programs, including the First Time Homeowners Assistance Program (FTHAP).