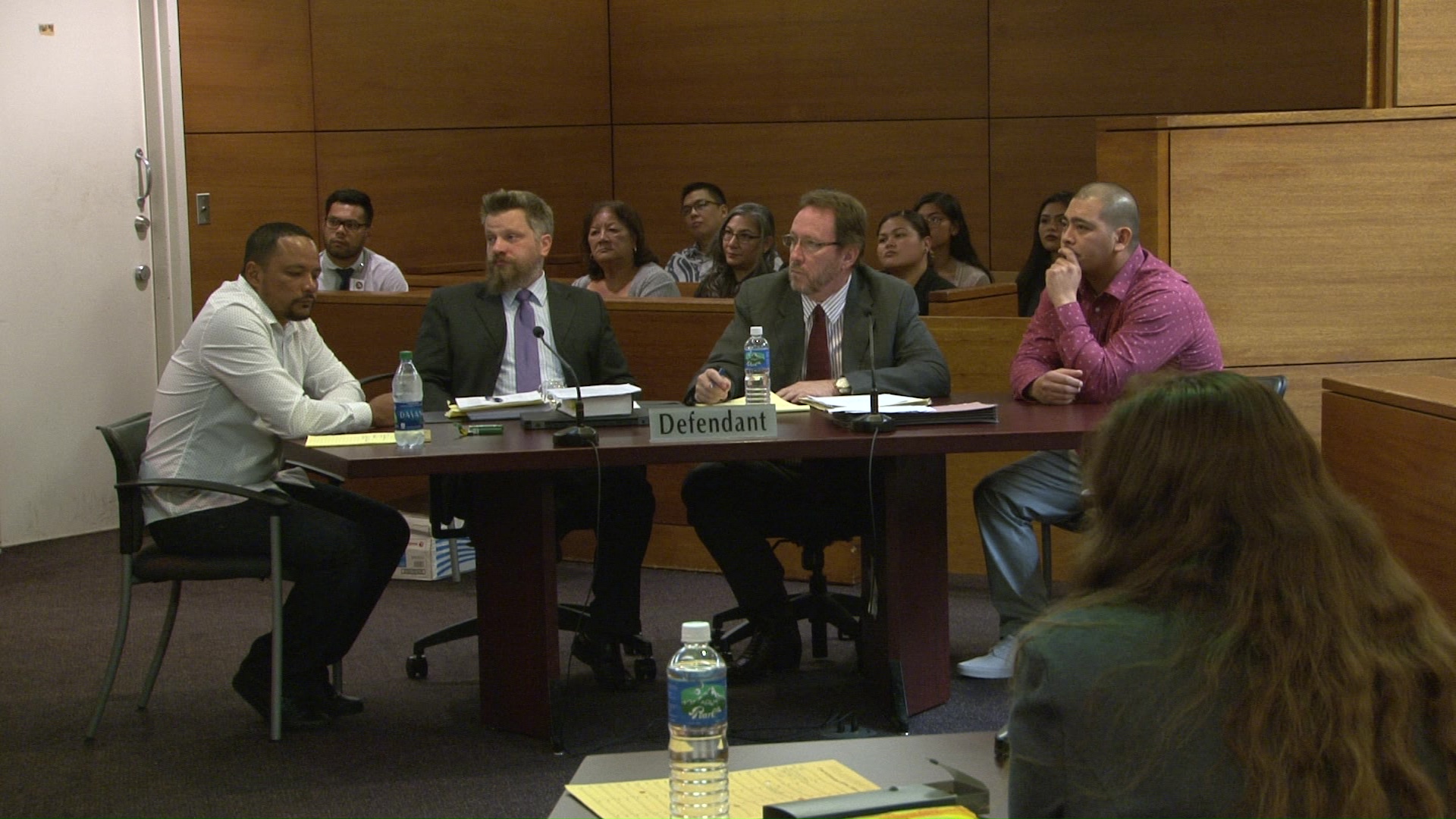 The defense alleges that White and Castro were trying to calm a belligerent Cruz which was not captured on surveillance footage.

Guam – The trial of Jaycee White and Alfredo Castro began today. The two men are facing charges in the death of body boarder Brian Cruz.

The night started out as a birthday celebration for the third defendant, Richard Ragadio, who took a plea deal, but by the end of the night booze, hot tempers and an alleged single punch led to Cruz’s death.

Opening statements were made today beginning with the prosecution which must prove beyond a reasonable doubt that White delivered the fatal blow resulting in Cruz’s death.

“The evidence in this case, ladies and gentlemen, is going to show you that at the end of the evening in Tumon, there was one punch–it’s not several punches and from that they ask you to determine three different charges,” said Randall Cunliffe, legal counsel for White.

The prosecution also alleges that Castro kidnapped Castro and hindered apprehension of White by not taking Cruz to the hospital.

Surveillance footage from Tumon depicts what appears to be a man punching Cruz, causing him to fall to the ground. The prosecution says that man who threw the fatal punch is White. The video also appears to show two men who the prosecution alleges is Castro and Ragadio, picking Cruz up off the road and dropping Cruz on the sidewalk before carrying him away. But that was not the only event caught on camera.

He added that White attempted to hold Cruz back from fighting the bouncer by taking him to the car. But when they stopped at a traffic light Cruz allegedly got out of the car and ran back to the the strip club.

“You will hear that Richard Ragadio gets out of the car and starts chasing him. Then you’ll see Mr. White come into the picture and you will see in the video Mr. Cruz hit Ragadio,” said Cunliffe.

Cunliffe says his client was only trying to protect his friend. So why didn’t they take Cruz to the hospital?

According to Cunliffe, Cruz’s friends believed he was sleeping it off and they had no idea that Cruz was badly hurt.

Meanwhile, several Guam Police Department officers took the stand and shared the results of their investigation, piecing together the events surrounding the discovery of Cruz unconscious and unresponsive in the backseat of a car at Linda’s Cafe in Hagatna.

Their testimony revealed that Cruz was dropped on the ground, hitting his head for a second time as GPD officers pulled him out of the car at Linda’s Cafe.