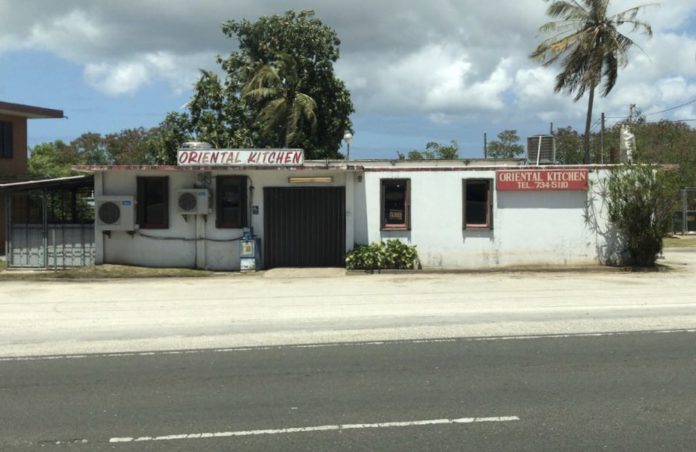 Wendy’s was only shut down for a few hours as they corrected the violations while Oriental Kitchen remained closed as of today.

Guam – Two restaurants were shut down yesterday for public health violations: Wendy’s in Barrigada and Oriental Kitchen in Mangilao.

Oriental Kitchen remains closed today, however, Wendy’s was only closed for a few hours and was cleared by Public Health the same day.

The inspection report for Wendy’s indicates that Public Health first inspected the food establishment two weeks ago and gave Wendy’s a C rating with 35 demerit points.

At their follow up inspection yesterday, Wendy’s was cited for repeat violations that include improper temperatures for storage of tomatoes, lettuce, broccoli, bacon and potatoes, as well as a dirty chopping board that had deep cuts and dark stains.

Meanwhile, Oriental Kitchen received a D rating with 27 demerit points. According to Public Health, restaurant owner Ted Chan refused to sign the report, so inspectors called police to force the closure of the restaurant.

The report says health inspectors observed “buckets of edible garbage found stored in the walk-in chiller together with food to be served to customers.”