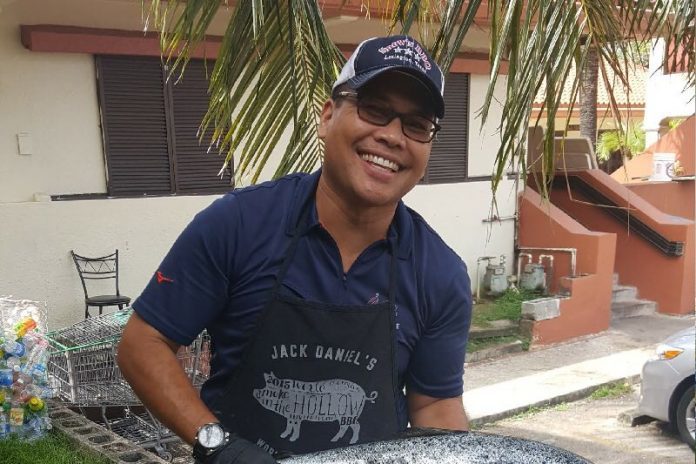 Guam – Former Senator and local business owner Angel “Sonny” Orsini has passed away. Today we spoke to some people who remembered him as a very bright positive and passionate man.

In fact, at the age of 25 Angel “Sonny” Orsini was the youngest Senator ever to be elected. Orsini passed away yesterday at the age of 48 after battling cancer.

Attorney General Elizabeth Barrettt-Anderson served alongside Orsini in the legislature during a time when there were seasoned Senators like former Speaker Joe T. San Agustin, John Aguon and Don Parkinson. “Sonny was the new kid on the block but he held his ground he didn’t let anybody any of these old fogies us push him around,” said Barret Anderson.

Josh Tenorio first met Orsini when he was just 15 years old. “I was a summer intern for Madeleine Bordallo when she was in the legislature. He was her primary staff assistant and I was assigned to him basically and I spent my summers when I was 16 17 and 18 working with him,” said Tenorio. Tenorio says it was Orsini who really encouraged him to run for youth congress and get involved in politics. “I think the biggest gift that he had was the gift of oral communication he may have been one of the best articulator’s speakers I’ve ever heard in my life. In that election, he won he got the crowds you know just roaring. He was able to just really reach down and get people motivated and garnered so many votes he was the youngest guy ever elected at 25 number four vote getter,” said Tenorio.

Port Authority of Guam General Manager Joanne Brown was just 28 years old when she got elected for the first time alongside Orsini. “I think it’s a tremendous loss for Guam or anyone who’s had the opportunity to work with him and get to know him and his family and you know I think we all feel that it’s not that we all don’t have our time or when that time comes but when you see someone so young still in spite of what he’s been able to accomplish at a young age pass on there’s definitely a sense of loss of that contribution not being there for the future,” said Brown.

Orsini also left behind a wife and two kids. “It’s very tragic. He’s only 48 had a lot of stuff to offer and I think that he’ll still offer that through his kids. His son Leonardo is brilliant. He’s a brilliant young man going to college. Now his daughter Isabella will be growing up and I can I feel for them you know. I was very young when my dad died and they were very young when their dad has passed but I think they have quite a large number of aunts uncles colleagues and friends of their dad that will be there to lift them up at those times,” said Tenorio.

Juan Christian Guerrero knew Orsini from his days at Bennington College. “I’ve not known anyone whose sincerity carried as much deeply thoughtful integrity across the board, and his optimism was of a rare kind that never ignored the difficult, but proceeded from acknowledging it. Sonny always brought his most astute powers of curiosity even to the most elementary things, and in so doing, exemplified how one of the best ways to understand the world is, above all, to befriend it,” said Guerrero.

Governor Eddie Calvo and Lt. Governor Ray Tenorio issued a statement calling on the community to join in prayer. Calvo is quoted as saying “The world seems dimmer without his light. Sonny was a great public servant, entrepreneur, friend and family man. Christine and I send our sincerest condolences to the Orsini family. We pray that Sonny finds peace and rest as he now sits among angels in heaven.”