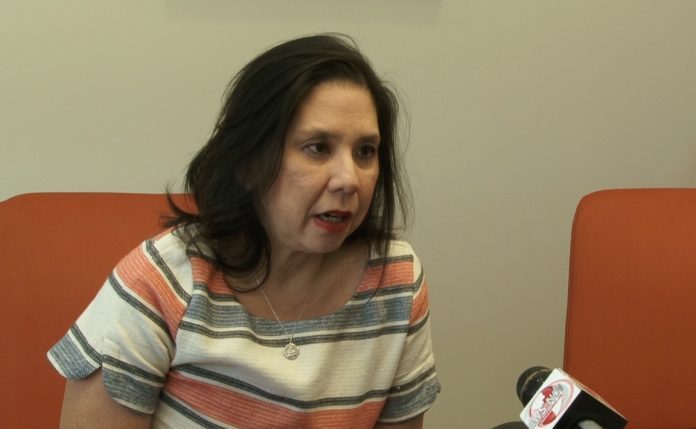 Guam – Did she voluntarily step down, or was GRMC CEO Margaret Bengzon ousted like her father-in-law was from parent company The Medical City in the Philippines?

Margaret Bengzon says she was unjustly overthrown and now she wants her title back. It seems whatever turbulence may be transpiring within GRMC’s parent company, The Medical City in the Philippines, is now bleeding over into Guam.

Bengzon has filed a complaint in the Superior Court of Guam against GRMC seeking a temporary restraining order, which, if granted, would reinstate her as CEO until the dispute within the parent company overseas is resolved.

Bengzon alleges that she was voted out of her position as CEO and as the GRMC board chairwoman on November 19 during a Shareholders and Board of Directors meeting. But she was not notified until November 22.

A little over a week later on December 3, GRMC issued a press release announcing its new local leadership. The press release noted that Bengzon had been replaced by the hospital’s Chief Operating Officer Dr. Michael Cruz who was quoted as saying, “This has been the plan from the beginning, for local healthcare professionals to assume the leadership roles at GRMC.”

The press release also contained quotes from Jose “Eckie” Gonzales, who replaced Bengzon as the GRMC board chairman, as well as from board member Francis Santos.

There was no statement from Bengzon in the Dec. 3 press release.

Gonzales has been a central figure in the parent company shareholders dispute. According to several news reports in the Philippines, Gonzales and a Singaporean investor ousted Bengzon’s father-in-law, the 83-year-old Alfredo Bengzon as the company’s long-time CEO—a move that the elder Bengzon is now seeking to overturn.

Alfredo Bengzon, who is uncle to Gonzales, says his nephew led a coup to overthrow him under fraudulent circumstances. In September, Alfredo Bengzon filed a complaint with the Philippines’ Securities and Exchange Commission seeking to resolve the legal ownership of The Medical City. His complaint alleges Gonzales acquired his shares with the help of the Singaporean firm Clermont, without notifying the board, rendering the purchase invalid.

Gonzales’ 29 percent and Clermont’s 25 percent stake in the company combined give them majority control of the board.

Last night, PNC aired an exclusive interview with Gonzales who assured us that GRMC’s future remains positive, adding that the turmoil within the parent company will not affect GRMC’s operations, which is governed by its own board, with its own leadership and funding source and backed by U.S. regulations.

In fact, Gonzales revealed that funding has recently been made available to GRMC. However, he did not elaborate on the source of funding.

While Gonzales acknowledged the investment in Guam created some difficulties for The Medical City initially, those issues have been ironed out and GRMC is moving forward with its goal of providing care to the people of Guam.

In her complaint, Margaret Bengzon seeks a temporary restraining order and a preliminary and permanent injunction against Guam Healthcare Development Inc. doing business as GRMC. She warns that GRMC is at risk of defaulting on a loan commitment of $225 million with Korean Investment Management Company, Ltd.

The Korean lender, says Margaret Bengzon, has indicated that “any changes in leadership would not only delay but could put at risk the balance of the $225 million syndication.”

“The actions of the defendant in calling a special meeting to change the leadership and signatories on corporate accounts causes irreparable injury to the corporations business structure, financials and breaches the fiduciary duty owed by defendant and the Board of Directors to the corporation,” court documents state.

Margaret Bengzon is also seeking a stay of the actions taken by the board on November 19, in which she was removed from the board and the hospital, “until such time as the SEC can resolve the ownership issue of the shareholders presently before it.”

Meanwhile, GRMC’s management declined to comment on the case but their legal counsel, Atty. Todd Thompson issued a statement noting that it’s “business as usual at GRMC.”

“GRMC hopes the current ownership dispute between shareholders of The Medical City, GRMC’s parent company in the Philippines, will reach an amicable resolution soon. In the meantime, the public can be assured that GRMC will not allow the situation to affect their daily operations or distract them from their mission to provide high quality healthcare services to the community of Guam,” the statement further read.