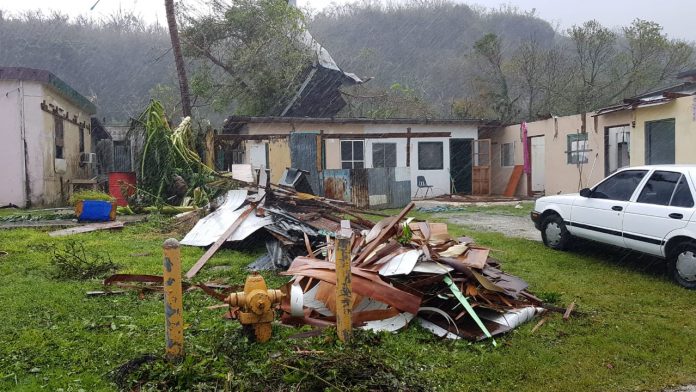 Guam – With Typhoon Mangkhut recovery costs mounting, mayors are still struggling to get their hands on the machines needed for the cleanup.

During the Mayor’s Council of Guam meeting yesterday, a majority of the time was spent addressing Mangkhut recovery efforts. The Mayors Council of Guam has already expended more than $500,000 in overtime costs, green waste disposal, and heavy equipment rentals. Mayors were given purchase orders to mitigate debris and green waste in their villages.

However, with the entire island going through the same recovery process, there seems to be an issue acquiring enough equipment that meets the EPA’s standards.

According to Angel Sablan, Executive Director of the Mayor’s Council, they contacted a number of businesses to inquire about renting heavy equipment, but unfortunately backhoes were already rented out by other organizations. He also stated that they are limited to the number of entities that they were able to procure backhoe or dump trucks from due to EPA requirements.

The American Red Cross was also invited to the council meeting yesterday in order to discuss with mayors ongoing recovery efforts. While the Red Cross has temporarily based their operations at the Astumbo shelter, where the majority of their current clients are located, the Red Cross will be moving back their operation to their headquarters in Hagatna.

According to David Maloney, Director of the American Red Cross Disaster Operations , the organization has met with every single family at the Astumbo shelter and given them some sort of assistance. Shelterees were able to open case files with Red Cross caseworkers. Families who sustained damages to the structure of their homes, such as roofs or walls, were given financial assistance and supplies to assist them with recovery efforts.

These case files are also shared with Guam Homeland Security, as well as FEMA and partner organizations, who in addition to the Red Cross, will be conducting site-visits in the coming days.

The Red Cross is also working with Public Health, GHURA, Guam Housing Corporation and the Salvation Army to assist their displaced clients get back on their feet. Given the multi-agency involvement in this effort, the Red Cross has stated how important it is to provide a working contact number for officials to follow-up.

Jeanne Wu, assistant director of Disaster Response Operations from the Red Cross, has stated that they have received about 90 contacts from other agencies and mayors, in addition to the ones gathered from the Astumbo shelter. Out of the 90 received, half of those don’t have working phone numbers, or do not connect to the individual listed on intake forms. She highlighted that without being able to correspond with individuals, they essentially have no way to reach out to individuals who are seeking assistance.

The Red Cross also discussed with mayors about the possibility of not receiving a Presidential Disaster Declaration. Should that be the case, the Red Cross would then be willing to work with mayors in order to devise a plan for long term recovery. Both officials highlighted that in order for a long term recovery efforts to succeed, a community based partnership would be the solution.

The Astumbo shelter was anticipated to close on Wednesday. With a  couple dozen families still seeking refuge at the shelter, Mayor Melissa Savares tells PNC that the shelter will remain open until Friday, unless alternative accommodations are found before that.