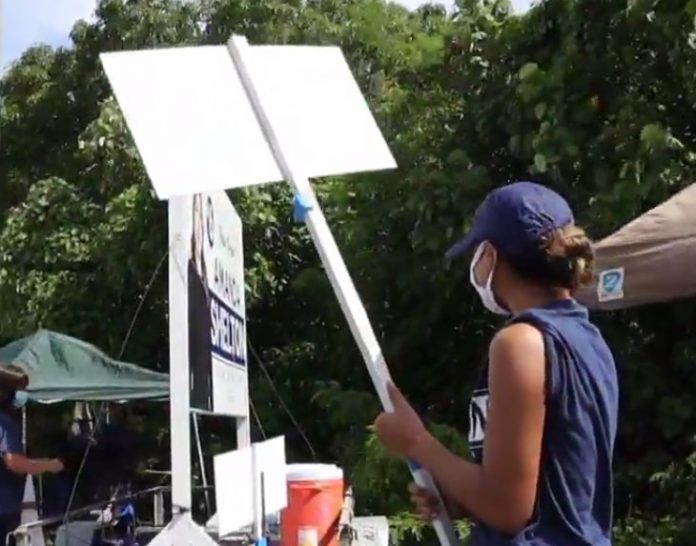 The early voting at the Okkodo High School satellite location last Saturday yielded the most numbers of early voters at over 920.

The previous record was held by FB Leon Guerrero in Yigo where more than 850 voters showed up at the satellite location.

Prior to the early voting in Dededo over the weekend, more than 6,600  already voted at the three satellite voting locations in Malesso, Mangilao, and Yigo, according to the Guam Election Commission.

In an interview with Patti Arroyo on NewsTalk K57, Maria Pangelinan, GEC executive director, said that while Dededo had a great voter turnout, the voting participation numbers are still low.

“It is still a little low… a lot low than what Guam is used to. So we’ll see. Some of us wait till the last minute, we’re hoping that our phones will be busy starting this morning to accommodate more voters,” Pangelinan said.

“It is the commissioners’ prerogative. There are consequences and those who do not comply may be fined,” Pangelinan said.