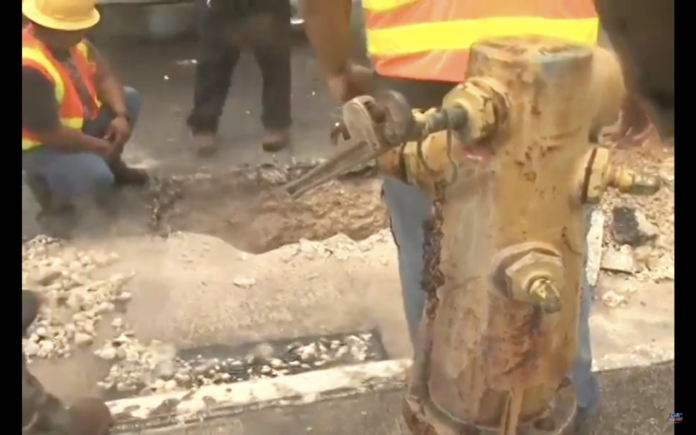 Guam – A majority of the water produced by the Guam Waterworks Authority goes to waste, according to the latest audit by the Office of Public Accountability.

The audit says about 59 percent of the water produced by the agency is not actually consumed or contributing to GWA’s revenues. The OPA attributes this loss to leaks or breaks in the water system as well as unauthorized or unbilled consumption.

To combat this problem, GWA is implementing a water loss program which includes leak detection.

Meanwhile, GWA received a clean opinion from independent auditors Deloitte and Touche. The audit reveals GWA’s operating revenues decreased slightly by about 1 percent, going from $105.4 million the previous year to $104.4 million in FY 17. Their operating expenses went up by $3.5 million, going from $68.8 million to $72.4 million.

Part of this was due to purchasing of water from the Navy which included a 15 percent increase in the Navy’s tariff.

The OPA highlighted that this is now the second year in a row that GWA qualified as a low-risk auditee.

You can read the full report here.