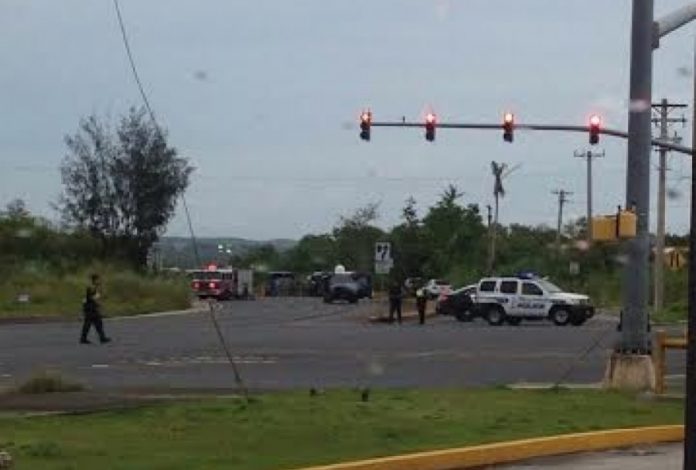 Over two months ago several 55 gallon drums containing hazzardous waste was dumped near the intersection of Rt.16 and the airport road. Guam EPA has handed the case over the US EPA but there is still no word on what was in the drums or who was responsible.

Guam – The U.S. EPA is still investigating the 55 gallon drums of highly toxic highly flammable fluids that were dumped near the Airport Road and Rt. 16 intersection.

On July 10th the intersection at the airport road, as well as the Alageta and Bello roads were closed off while crews responded to the reported hazardous waste. Since then few details have been released and few details are available even now as Guam Environmental Protection Agency Administrator Eric Palacios says the U.S. EPA is handling the investigation. However, Palacios does tell PNC that a notice of violation could be issued for this but it would have to come from the USEPA. So why did the Guam EPA hand this case over to the U.S. EPA?

“One of the reasons why we decided to hand it off to U.S. EPA was again the contents of the drums that were found the location it was an active storm drain. Again, I think it just warranted that additional level of review,” said Palacios. “Were those drums, did they belong to a private entity or a public entity?” asked PNC. “OK that is one of the things U.S. EPA continues to look into at this point to determine whether it’s one person a group of people whether it’s a company that were involved in that whole illegal dumping,” replied Palacios.

It has been over two months since the drums were found dumped illegally along the side of the road on July 10th and there is no word yet on what exactly was dumped there.