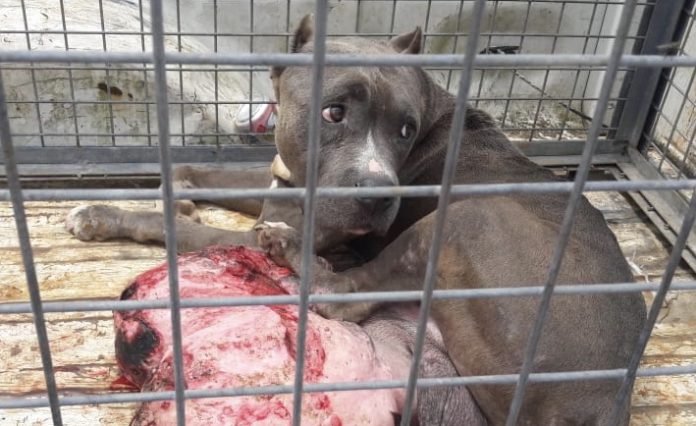 Guam – A 43 year-old man has been indicted by a grand jury in the Superior Court of Guam on charges of animal cruelty. His dog was chained and found with a massive tumor. Melchor Antolin faces up to three years in prison if found guilty.

According to a release from the Guam Animals in Need, in January of this year, Guam Animal Control was called to Antolin’s residence in Dededo. They observed a pitbull named Thor who was suffering from an untreated medical condition. Upon observation, Guam Animal Control noted that Thor was chained and had a tumor that was larger than a basketball.

After repeated follow-ups by Guam Animal Control, Thor was confiscated from Antolin on June 27, 2018. Thor was brought to the GAIN shelter where he was euthanized. Gain board President Cyrus Luhr, through a statement stated that “multiple veterinarians have since viewed Thor’s condition, and all were shocked.” Thor’s basketball sized tumor weighed about fifteen pounds, tearing his skin with each movement. Antolin faces one count of first degree animal cruelty as a third degree felony and one count of animal abandonment as a petty misdemeanor.

An arraignment hearing is scheduled for September 5 at 10 am.