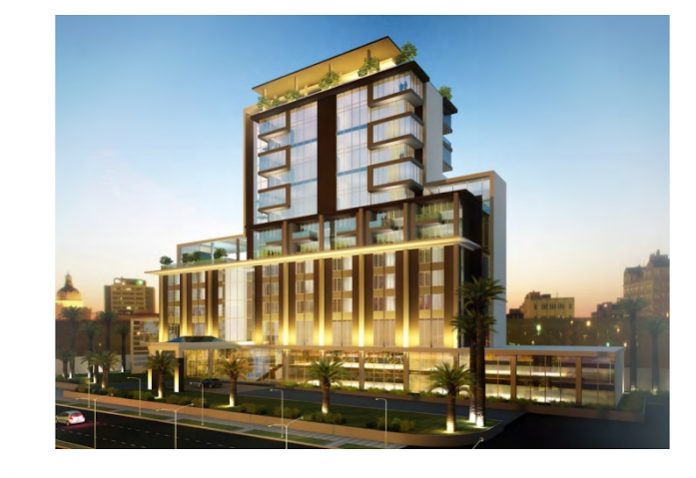 PADL is a public corporation registered in the Bahamas. It has partnered with the local company DLG & Co.

According to their website PADL is a public corporation registered in Nassau the Bahamas. They developed and own hotels and resorts in the Asia pacific region with regional offices in the Philippines, Guam and Hong Kong. The website says that PADL is currently developing a 144 room beach front resort hotel at Agat Guam due for completion in the 4th quarter of 2017.

The site says that PADL has acquired 22,500 square meters of ocean front land in Agat with zoning for a hotel condominium and commercial use. Only 5,000 square meters has been allocated for the hotel itself. It says the Sirena “will be built under a turnkey agreement with China State Engineering and Construction Corp.” and it states that (CSECC is China’s largest construction company, registered at the Shanghai stock exchange). The remaining 17,500 sqm are offered for sale or development for commercial use.

Their plans include 36 2-bedroom suites, 52 premium suites and 56 standard suites. It also calls for two signature restaurants, a main lobby and rooftop lounge and bar, a signature spa & wellness center and an infinity pool on the 3rd floor. It includes plans for a commercial and convention center.