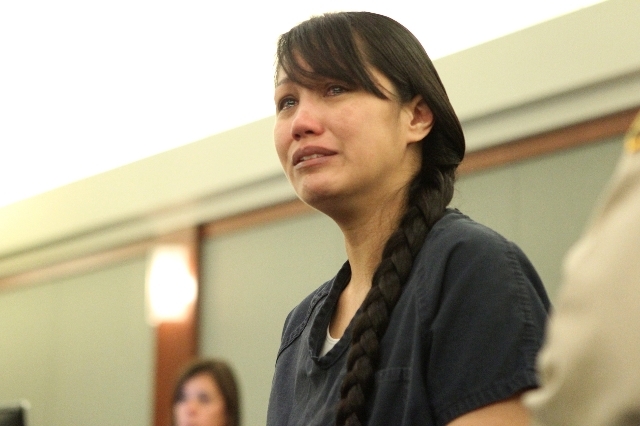 Michelle Paet had pleaded guilty to murdering her husband to avoid the death penalty.

Former Guam resident Michelle Paet was sentenced to life in prison without the possibility of parole.

Back in December of 2010, Paet conspired with her lover, Michael Rodriguez, to have her husband, Air Force Staff Sgt. Nathan Paet killed for $650,000 in life insurance benefits.

Police were able to connect the two by reviewing text messages between Michelle Paet and Rodriguez.

Nathan Paet was gunned down in his garage as he headed to work. Two other people were involved, Corry Hawkins, who was the second gunman and Jessica Austin, who helped the three defendants conceal evidence in the case.

Michelle and Nathan Paet graduated from Southern High School in 2000. They have four children together.