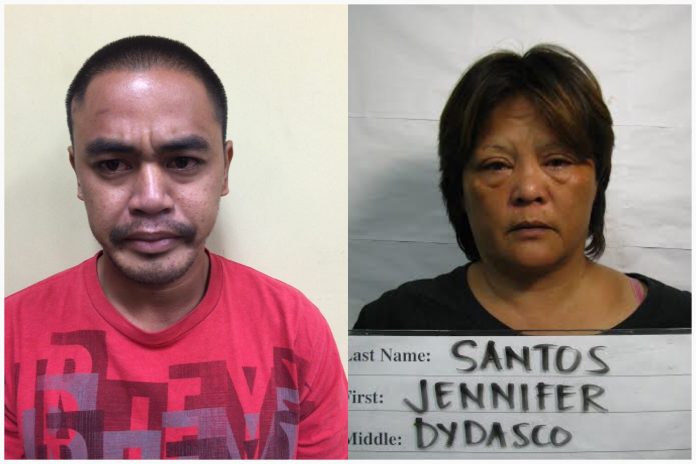 The suspects got away with $1,550 in cash and an employee’s purse.

Guam – Guam Police arrested a 43-year-old woman and a 28-year-old man for robbing the Tanota Gardens in Dededo Tuesday evening.

According to a magistrate complaint, Mendiola entered the Tanota Gardens office and held two employees at gun point. Mendiola was able to take off with $1,550 in cash and an employee’s purse.

Police arrived on scene in time to witness a man get into the getaway vehicle, a Mistubishi Outlander, and speed off.

Police say they were able to locate the vehicle and interview Santos who admitted to the robbery, but said she did not know that Mendiola was planning to rob Tanota Gardens.

Mendiola was eventually located and apprehended.