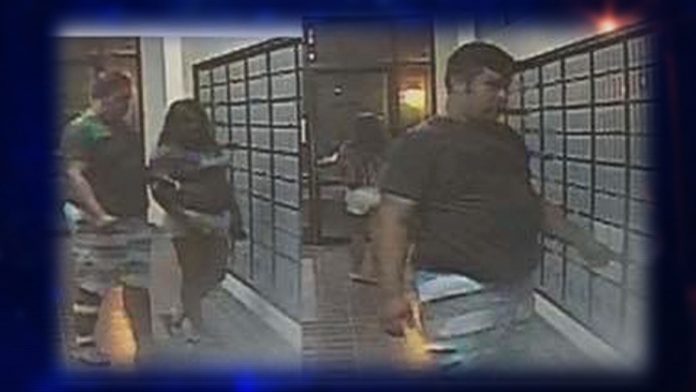 Jon Villena and Annalin Aldan were charged with mail theft in District Court.

Guam – Two people are now facing charges of mail theft in federal court after they were caught on camera breaking into postal boxes at the Tamuning Post Office.

Jon Michael Villena and Annalin Aldan are accused of breaking into postal boxes at the Tamuning Post Office on July 2nd and stealing credit cards that were later used to purchase items at Beyond the Box, Home Depot, Kmart and other establishments.

The post office then displayed surveillance photos of the couple at the post office which was picked up by social media. This led to tips coming in from the public identifying the individuals as Villena and Aldan.

Officials went to a residence in Dededo where the two were said to have been located and apprehended the suspects.

Court papers say the items purchased with the stolen credit card were also found inside the residence.

Authorities also say that the pair confessed to the entire crime.