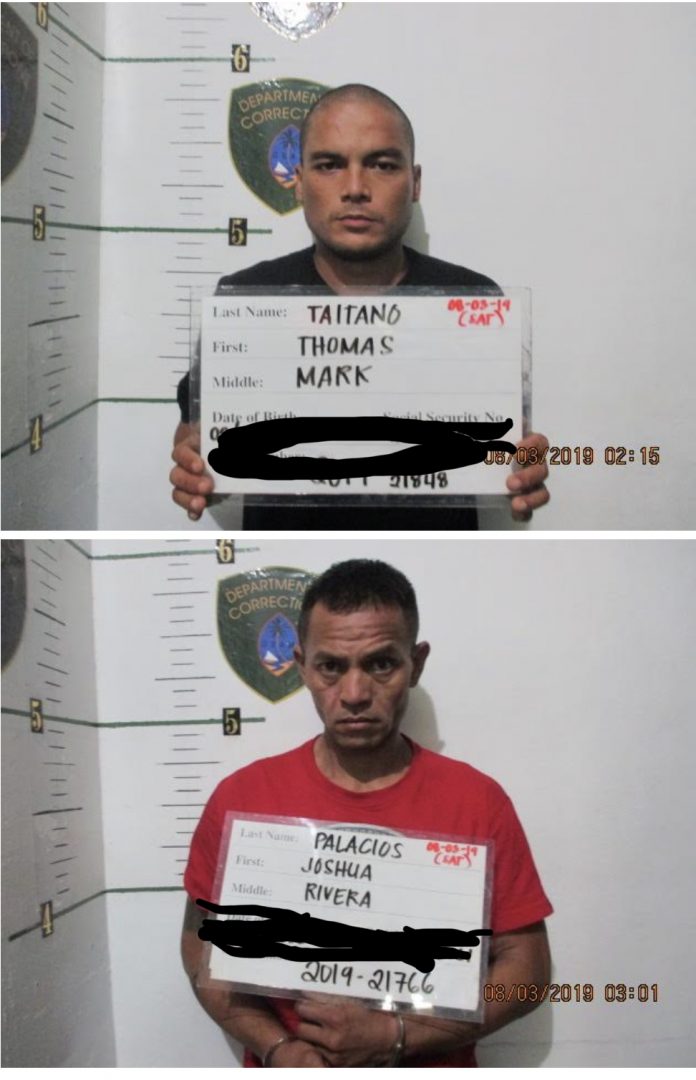 The two suspects in the murder of Keith Castro are now behind bars. More details of what allegedly transpired the night of the shooting had been made public.

According to the Guam Police Department, Castro was at the house in Chalan Tun Fred Cabesa, Yigo to help sell a motor vehicle. Castro’s social media page had pictures of a silver Toyota Tundra – the same vehicle seen in the garage of the Yigo home where the shooting occurred.

According to the police, Thomas Taitano arrived at the Yigo residence that night and began to fight with Castro. Taitano – one of the suspects in the shooting – was armed with a baton.

Taitano started to strike Castro with the baton during the fight, according to authorities. At one point, Castro attempted to flee but slipped and fell, and the assault continued.

It was then that Joshua Palacios shot Castro; however, it was not disclosed where he was shot.

Both men then fled.

Police tracked down Palacios and interviewed him about the murder. He told authorities that he did not remember being at the home where the shooting occurred.

According to court documents, Palacios admitted to using methamphetamine for five days prior. He also said that ice “causes him to blackout and not know where he is.”

Authorities charged Palacios with murder with the special allegations of use of a deadly weapon in the commission of a felony.

Taitano received charges of aggravated assault and criminal mischief to a motor vehicle – both with the special allegation of use of a deadly weapon in the commission of a felony as well as eluding a police officer.