Keobel reports that damage to vegetation and homes is extensive, but there were no deaths or serious injuries.

Most of the damage was done to the island of Kayangel Atoll which is approximately 53 miles north of the Palaun capital of Koror. The eye of  Super Typhoon Haiyan reportedly passed over the atoll.

All 69 residents of Kayangel are reported safe.

This is an update from the National Emergency Committee (NEC) to the public that as of 10:30 a.m. this morning, Typhoon Haiyan has passed to the North of Palau and continues to track N/NW. As of 10:00am this morning, Palau is no longer under Typhoon Warning and the National Emergency Committee has declared that Palau is no longer in Typhoon Condition 1.

1. The mandatory curfew imposed by BPS is lifted
2. Although the public is now allowed to travel, everyone is encouraged to use extreme caution due to fallen trees, powerlines and debris
3. Preliminary Damage Assessments will be conducted by the NEC and related agencies

Rain and high winds will continue throughout the day and the public is encouraged to limit travel and only use roads when necessary.

Super Typhoon Haiyan passed North of Palau at approximately 3:00am on November 7th with the eye wall of the storm passing directly over Kayangel. The National Weather Service reported maximum sustained winds of 160mph at the storm’s center with storm surge in excess of 20 ft. The rest of Palau also experienced high winds and damaging weather and was under Typhoon condition 1 from 7:00pm, November 6th to 10:00am November 7th when the National Weather Service lifted the Typhoon Warning for the country.

The National Emergency Committee reported the loss of communication with the residents of Kayangel at 1:00am on Nov 7th and did not receive any reports of damage, injury or loss of life until 2:30pm Nov 7th. Reports from a private helicopter pilot who flew to Kayangel and touched down on the island reported that the island had received major damage to the structures and trees but all 69 citizens who were on the island were accounted for and had no significant injuries. Another helicopter has been dispatched to provide any needed medical treatment and to supply the people with food, water and shelter until they can be evacuated. The Remeliik and Dil Belau Patrol Boats have been dispatched with water, food, medical supplies and a medical team to evacuate Kayangel residents. 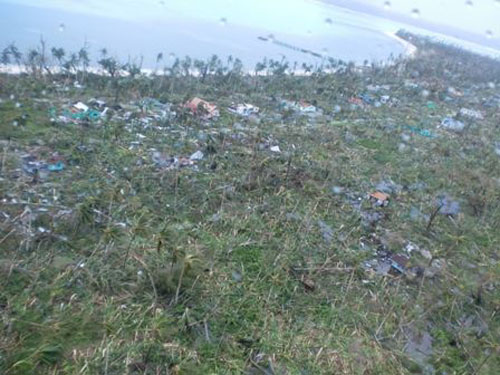 Preliminary damage and injury reports include numerous homes destroyed or damaged, especially in the Northern states and the populated districts of Koror. Koror, Babeldaob and Kayangel is without power and some areas are without water as well. The Southern States of Peleliu and Angaur received the least amount of wind damage and have reported power and water services are working.

The Palau Public Utilities Corporation has begun the repair work to bring the power and water back online for the more populated areas and have reported that most of those areas should have power and water by this afternoon or tomorrow morning. The more remote areas may be without power and water for several days. 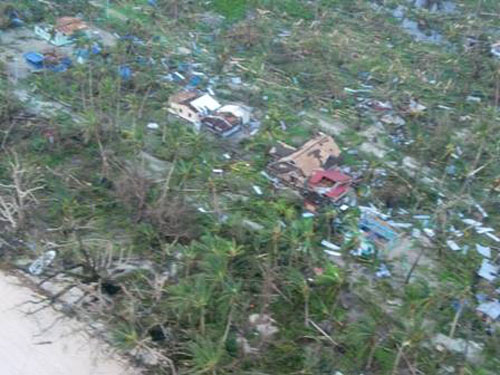 The Initial Damage Assessments by the NEC and related organizations have begun and will continue in order to provide an accurate view of the amount of damage sustained by Super Typhoon Hiyan. Reports from the Bureau of Public Health, Bureau of Public Safety, Public Works, and the Palau Public Utilities Corporation will continue to come in to the NEC office and we will provide updates as we receive them. 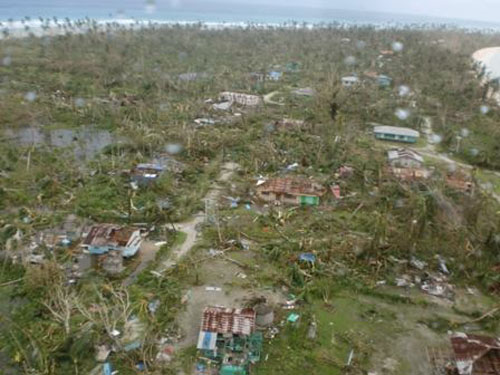