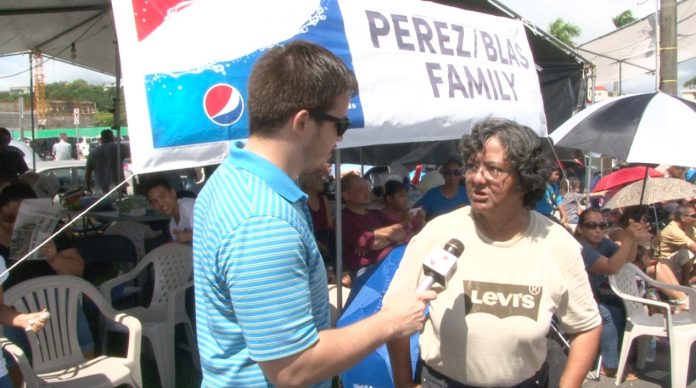 PNC talked to many families who set up camp and showed their support for one of the Islands biggest events.

July 21st, 2015, 71 years after the United States liberated Guam from Japanese forces during World War II. It’s day in, which many businesses shut down, and generations of families unite to celebrate one of the islands biggest holidays.

Liberation day is here. At the liberation parade route, we walked up and down the streets to talk to some of these families, many of whom spent the night camping out. We asked what liberation day means to them.

“Yes, our grandsons stayed here and the oldest will come later” said Frank Blas “[Liberation Day] Goes back to when we were back there, going out, we were being liberated by the US when the Japanese occupation to this island, very simple like that.”

“In fact we are still awake, we stayed up al night looking out for everything and making sure everything goes according to plan with al the food and everything else,” said the Sanitago Family “First and foremost being apart of the U.S.  because we are part of America.”

“Its very special for us to join because, this is our time you know and there’s a lot to the liberation parade…, if they have one, I know if I’m not sick or I’m not able, then I wont miss the parade,’ said a member of Perez/Blas family

We interviewed many family members who have been to decades of Liberation Day celebrations, but we also talked to the younger generation who are experiencing the parade from a different point of view.

We also got the opportunity to speak to the family of this years liberation queen, Bonita Yanger Dydasco.

“You know we always look forward to liberation day, always. Again it goes back to that opportunity to celebrate those who went before us, you know our elders, who lived through World War 2 and honor those who served,” Al Yanger