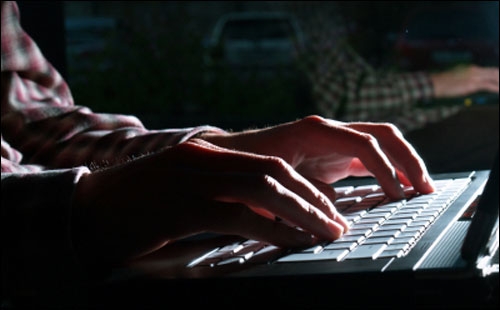 In the last few weeks two men have been arrested in separate cases in which they’re accused of contacting minors on Facebook in an attempt to lure them to have sex.

Guam – With the rise of internet access and accessibility to social media, the island is also seeing an increase in recent weeks of cases involving online predators and “sexting.”

We sat down with some experts to learn more about how parents can protect their children from online predators.

It’s been a growing trend online with the boom of social media and internet access – older men or women preying on vulnerable children or even juveniles unknowingly possessing child pornography through the problem craze of “sexting.” And now we’re seeing it more frequently on Guam.

“There certainly has been a rise in the past few years. We’re seeing higher numbers in that area which is why we’ve taken measure to try to educate the youth,” says Carol Hinkle-Sanchez, deputy attorney general for the AG’s Office’s Juvenile Investigations Division. “There’s a higher number and now we’re seeing of course the rise where there are adult perpetrators engaging in this kind of crime with juveniles.”

Sanchez, along with Detective MJ Raval with the Guam Police Department’s uvenile Investigation Division both handle many cases similar to the ones we’ve seen recently on Guam.

Last month a 26-year-old man, Van Patrick Colambo, was arrested for exchanging nude photos with a 10-year-old girl on Facebook. Fortunately the girl’s father discovered the messages before the two could meet.

Then earlier this week 20-year-old Clinton Lastimoza was arrested. Police say Lastimoza lured a 15-year-old girl on Facebook as well. And like the other case, the girl’s father also discovered the alarming messages but by then it was too late.

The victim told police that Lastimoza sent her a friend request on December 28 under a different name. She accepted and the two started messaging each other. But the minor was under the impression that Lastimoza was younger than his real age of 20. For Lastimoza, police say he knew the girl was only 15.

How do we protect our youth and children from online predators? There are various ways, but the bottom line, Sanchez says, check your child’s accounts.

“As a parent you wanna keep track. You actually are the one that bought that device for your child. Just because you gave it to your child doesn’t mean you don’t have the right to monitor it. You notice that your child’s behavior changes at home, you notice that they spend more time online or on their phones,” says Sanchez.

“Before you open it, before you accept it, go to a counselor of the school, your parent first, to see maybe if they can look through the profile to see if it’s okay,” Raval says. “If you don’t know the person adding you, just don’t, just don’t accept it.”

Sanchez and Raval encourage parents and students to report any suspicious account and to be wary of fake accounts as well. They also encourage parents to implement security measures on their children’s computers and cell phones and to keep a log of all their passwords.