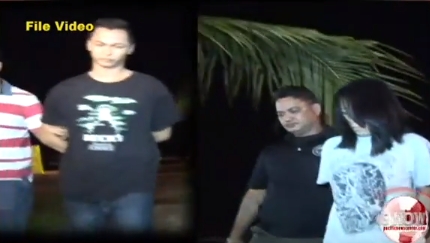 Should Victoria Siaotong and Shawn Travis Cruz fulfill the conditions of a deferred plea agreement, the charge of negligent homicide would be cleared from their record.

Guam – In August of 2014, parents Victoria Siaotong and Shawn Travis Cruz were accused of forgetting their 3-month-old infant son in their car after coming home from running errands with their other children. Police say the baby was still alive when the Siaotong and Cruz realized their child was still in the car, but reportedly did not call 911 right away until after the baby had stopped breathing 15 minutes later.

Last Friday, both Siaotong and Cruz entered into plea agreements for child abuse, and deferred plea agreements for negligent homicide. This would mean that, if Siaotong and Cruz fulfill the conditions set forth in the deferred plea agreement, the negligent homicide charge will be permanently cleared from their record. Judge Anita Sukola ordered a 3-year suspended sentence with credit for time served, equating to no jail time for the couple unless they fail to comply with any of the conditions.

The conditions stated in the plea agreement include:

Cruz, the father, also pleaded guilty to a third charge of leaving a child unattended in a motor vehicle as a third-degree felony.