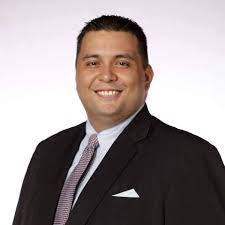 Freshman Senator Will Parkinson is hoping to increase tourism within the Filipino market through his new resolution.

In an interview with PNC, Senator Parkinson says that the Philippines ranks number 5 in terms of tourists visiting Guam, adding that he believes that the PI has the potential to be greater than that if the barriers that tourists need to go through are removed.

“I received the briefing from the Rear Admirals about how they did not see the Philippines as a security threat at all. And I also…had a meeting with GVB Director Carl Gutierrez and him and his people were telling us that all the positive quality and demand in the Philippines is to go out and travel,” says Parkinson.

Parkinson also told PNC that the Governor can already petition if she so chooses to, Homeland Security to remove the Visas for Philippine tourists.

“She could unilaterally do this on her own as it is. But it’s kind of nice if we’re all involved in the process. So I’d like her to know that the legislature would support this effort if she chooses to exercise this power.”

Parkinson added that the resolution is meant to allow for short-term visitor stays for visa-free travel.

“This is looked at as a boost to tourism. The way that I envision it, they’re going to be going in and out of Guam at a period not exceeding 45 days. You gotta have some basics in place, like they’re going to have a round trip ticket with a departure date on when they’re going to be leaving the island…” Parkinson continues. “So that we know that we’re not going to be having any overstays.”