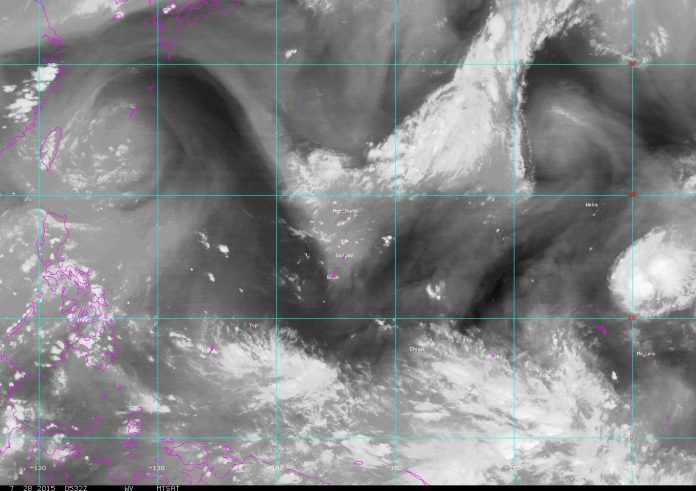 NWS forecast skies to remain partly cloudy until next week.

In its Area Forecast Discussion this morning, NWS writes, “12Z GFS backed off on our nascent tropical cyclone near the Marshall Islands. Therefore went ahead and populated days 5 through 10.” As a result, NWS says to expect partly cloudy skies with isolated showers until next week Tuesday in its Mariana Island Forecast.

The Weather Service also adds that any possible tropical systems in the future will likely pass north of Saipan, but could still impact CNMI’s weather.

.WEDNESDAY THROUGH FRIDAY…PARTLY CLOUDY WITH ISOLATED SHOWERS. SOUTH WINDS 5 TO 10 MPH. HIGHS AROUND 89. LOWS AROUND 77.