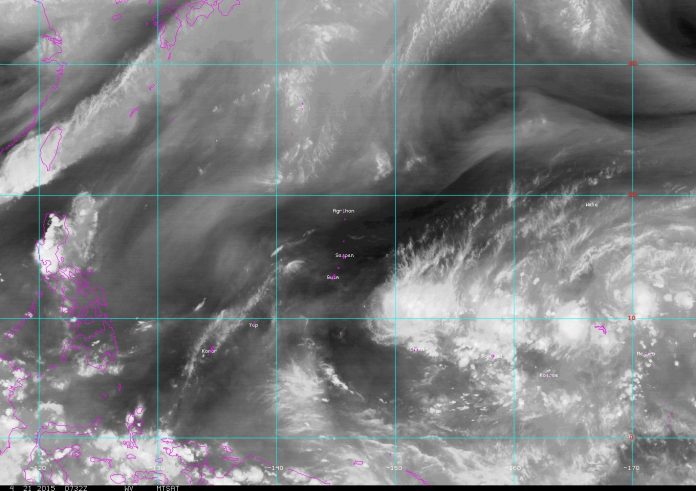 Forecast was changed due to a stationary circulation.

In its Area Forecast Discussion from 3:21 PM today, NWS writes, “Deep convection north of Chuuk and Pohnpei associated with a weak circulation around 6N155E has made no westward progress since yesterday at this time.” As a result, mostly cloudy skies forecast of this week was changed to partly cloudy.

“Models have really backed off on bringing disturbed weather currently north of Chuuk and Pohnpei into the Marianas, and are now holding off on any significant increase in moisture until Friday or Saturday when the weak circulation may be passing well south of Guam,” NWS adds.

.WEDNESDAY THROUGH THURSDAY NIGHT…PARTLY CLOUDY WITH ISOLATED SHOWERS. EAST WINDS 15 TO 20 MPH. HIGHS NEAR 88. LOWS AROUND 76.